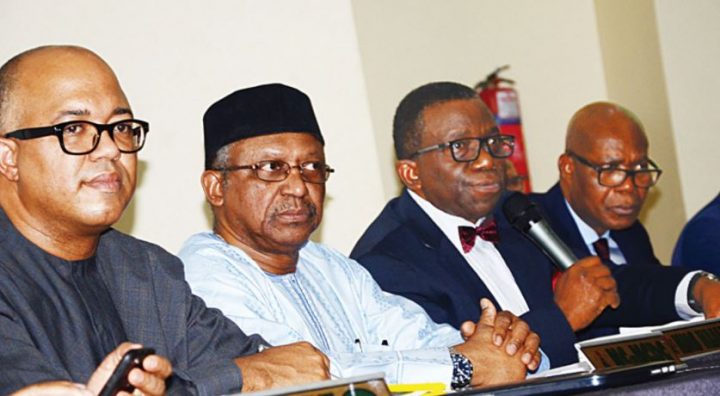 The Minister of Health, Prof. Isaac Adewole, says Nigeria is no longer constitute a Lassa fever threat to global health as the country recorded only one case in the past one week.
The minister said this on his Twitter handle @IsaacFAdewole.
The National Centre for Disease Control (NCDC) in its “Lassa fever Situation Report” published on its Twitter handle @NCDCgov said that the one confirmed case was reported from Edo.
NCDC said that the centre experienced the lowest weekly case count this week since the first week of January 2018 when the outbreak was first reported this year.
It said that from Jan. 1 to April 22, a total of 1,865 suspected cases were reported from 21 states.
The centre said that of these cases, about 416 were confirmed, nine were probable, 1,439 were negative and one case was still awaiting laboratory results.
It said that since the onset of the 2018 outbreak there have been 105 deaths with at least one confirmed case across 70 local government areas in the 21 states.
The states include Edo, Ondo, Bauchi, Nasarawa, Ebonyi, Anambra, Benue, Kogi, Imo, Plateau, Lagos, Taraba, Delta, Osun, Rivers, Gombe, Ekiti, Kaduna, Abia and Adamawa as well FCT.
“Twelve states have exited the active phase of the outbreak while nine states remain active.
“In the reporting week 16, one new healthcare worker was infected in a private health facility in Edo state.
“Thirty-seven healthcare workers have been affected since the onset of the outbreak in eight states. 16 health workers were affected in Ebonyi, 12 in Edo, three in Ondo, two in Kogi, one in Benue and one in Nasarawa.
“One health worker was affected in Taraba, and one in Abia,” NCDC said.
The centre reported that three cases were currently being managed in treatment centres in Edo state the lowest number since the beginning of the outbreak.
NCDC said that the National Lassa fever multi-partner multi-agency Emergency Operations Centre (EOC) continues to coordinate the response activities at all levels.
The centre stated that response to the outbreak has however been de-escalated due to continued decline of cases over the past nine weeks.
The World Health Organisation (WHO) has advised that the declining trend of cases be interpreted with caution as historical data shows that the high transmission period is yet to pass.
WHO says the recent outbreak of Lassa fever in Nigeria is the largest outbreak ever reported in a country.