Bill Cosby to be Placed Under House Arrest 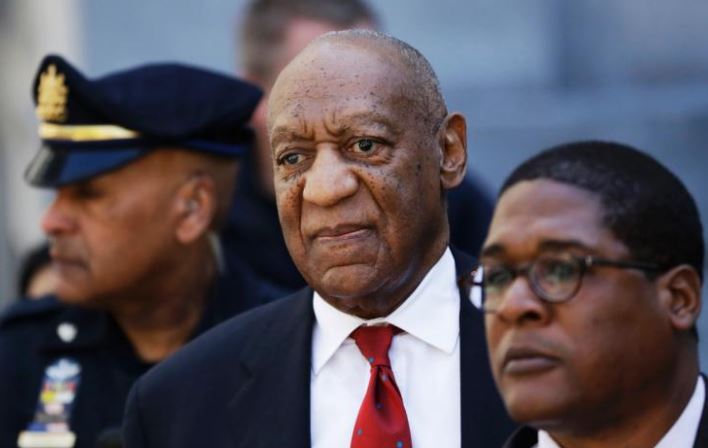 Famous US Comedian Bill Cosby is to be placed under house arrest following his conviction on three counts of aggravated indecent assault, a judge ruled.

According to court documents, Judge Steven O’Neill also ordered that the 80-year-old wear a GPS monitor.

The bail restrictions clarified by O’Neill say Cosby may not leave his home in Cheltenham, Pennsylvania except for the purposes of medical treatment or consultation with his legal counsel and only with prior consent from his probation officer.

Any such appointments are limited to the county in which he lives and several adjoining counties. A jury in Norristown, Pennsylvania found the entertainer guilty of aggravated indecent assault on Thursday.

Cosby could face a long prison sentence, but the date of his sentencing has yet to be confirmed. It is expected by early July.

A US lawyer said Cosby might not end up in prison. “He could end up never serving any time,” Los Angeles defence attorney Brian Claypool told People magazine.

“The appeals process could drag on for years. He’ll be on house arrest for several years — probably five,” Claypool added.

“He has a good shot at posting an appellate bond, and then he’ll be out on house arrest, which is basically what he’s on now,” Claypool explained.

“It could take a couple of years — the appeal — and they will go all the way to the state supreme court, and I think he’ll be on house arrest the entire time.

“He had a hung jury on the first trial and that will play into whether or not he goes home during as they appeal,” the legal expert asserted.

The actor’s lead lawyer has indicated Cosby will appeal. “The fight is not over,” attorney Tom Mesereau said after the verdict.

The trial that ended Thursday was the second of the Cosby Show star on charges that he drugged and sexually assaulting Andrea Constand in 2004.

In December 2015, three Class II felony charges of aggravated indecent assault were filed against Cosby in Montgomery County, Pennsylvania, based on allegations by Constand concerning incidents in January 2004.

The first trial on the same charges ended with a mistrial in 2017 after the jury was unable to reach a decision after days of deliberations.

Constand accused Cosby of giving her pills and sexually assaulting her as she drifted in and out of consciousness.

Cosby’s legal team argued during the trial that Constand was motivated by money, citing her acceptance of a settlement with the actor.

The prosecution, meanwhile, said the payment was evidence of Cosby’s guilt.

Cosby’s biggest success was the television sitcom “The Cosby Show,” which ran from 1984 to 1992, in which he played obstetrician Cliff Huxtable, the wise and loveable patriarch of an affluent black family in New York.