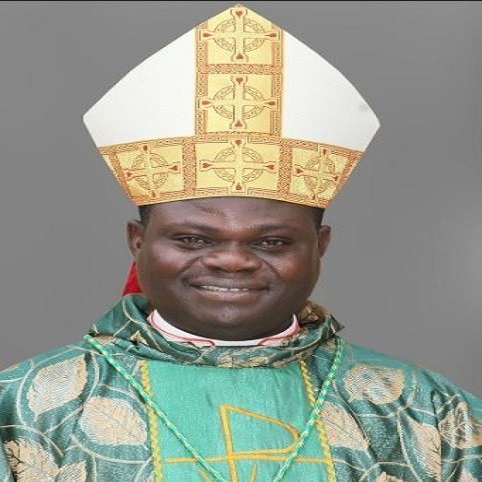 The Catholic Bishop of Makurdi Diocese, Most Rev. Wilfred Anagbe, has advised Christians in Benue to remain faithful to the tenets of their religion and avoid reprisals inspite of unprovoked attacks on churches and killings.

The advice was contained in a message to all parishes under the Diocese of Makurdi on Sunday.

He said their memory would forever remain  indelible in the minds of Christians  in the area,

Anagbe described the killings as ” an act of sacrilege”, saying Joseph Gor, one of the murdered priests, was actually in the process of consecrating the Eucharist when the herders struck and killed him in cold blood.

“They first shot him three times but sensing that he was not  dead, they dragged him outside the church and slaughtered him.

” For Father Felix Tyolaha, he was preparing for the burial of a parishioner when they came and killed him with his catchiest;  both deaths were in cold blood.

“ As  Christians, we are not to take revenge but continue to focus on Christ who was also killed in order to secure salvation for mankind,’’ he said.

He expressed optimism that their deaths  would never go unpunished and urged Christians to continue to offer prayers for the peace of the country and of the state.

The Bishop said the times were ” tough” but called for relentless prayers for priests and their parishioners all over the state and warned against reprisal attacks.

He said the murdered priests and the other worshippers would be buried at the Ave Maria prayer pilgrimage ground at Ikpayongo on May 22 as a mark of honour to them.

Meanwhile, the Christian Association of Nigeria (CAN) has declared Monday to April 6 as days of mourning and urged Christians in the state to fast and pray for Gods’ intervention to end the bloodshed in the state.