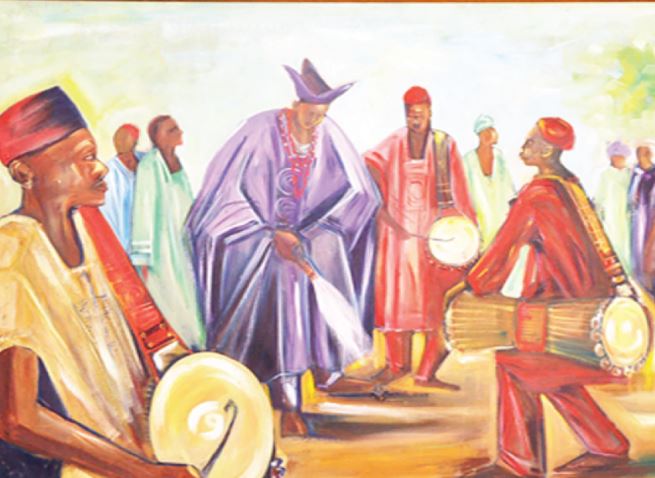 A veteran artist, Rauf Thompson, on Sunday said artists needed to research about their environment and put solid messages into painting impression for people to see.

Thompson stated this in an interview with the News Agency of Nigeria (NAN) in Lagos at his four-day exhibition of painting, titled: “Art: Beyond Drawing and Painting.”

“There should be a very solid message to give to people in an environment beyond what their painting and drawing faces say,” he said.

The exhibition is holding at the National Council for Arts and Culture (NCAC), National Theatre, Iganmu, Lagos, which ends on April 30.

He said that artists were supposed to talk about the happenings in their environment and society to make people remember them.

“I do a lot of research about the history of my environment before I create them.

“I look at my environment as a major source of inspiration; I study what people do or say and put it into perspective,” he said.

The 73-year-old artist noted that the present situation in the country was enough idea to send messages to people through creative arts.

“Like in one of my works, “Oath of Alligence”, I am talking to politicians to do the needful for the masses after taking oath of office.

“They owe us a duty to put things in place, so there is a solid message there for our leaders to do things right,” Thompson said.

He said that it took him three years to create the 50 works of art on display.

He said the Theme of his work was about what message artists were putting out for people to comprehend and assimilate.

“Get enough information about what you are drawing so that people will understand it and appreciate it the more,” the artist he said.

He said that there was money in arts, but that one had to be patient for it to pay.

“I know Thompson for a long time, when he was in advertising and I told him to stop wasting his time in that field and go back to his profession.

“I am happy he did and look at him today making it in arts.

“I love the energy he put into it and he feels young going around it; he is challenging the younger artists to it.

“We need to really invest in the arts industry this country, to build it. Every stakeholder should take arts seriously,” Jemi-Alade said.

Some of the titles of the works are: “Composer”; ” Single Parent”; ” Fuel Scarcity”; “Keke Maruwa”, among others.