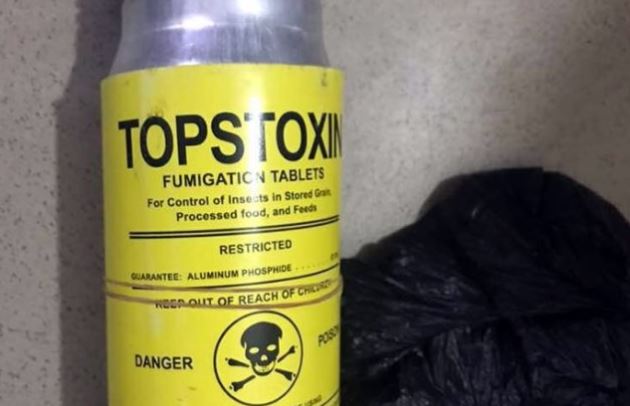 The National Agency for Food and Drug Administration and Control (NAFDAC), has warned the general public against misuse of TOPSTOXIN Fumigation tablets.

The Director-General of NAFDAC, Prof.Moji Adeyeye, gave the warning in a statement she signed in Abuja on Monday.

Adeyeye said the warning was necessary because TOPTOXIN fumigation contained Aluminum Phosphide which she said served as a household insecticide but which could cause severe injuries and untimely death when misused.

According to her, the TOPSTOXIN Fumigation tablet is also used as agrochemical to control insects and rodents in stored grains.

“Members of the public are advised to strictly follow the direction for use on the package label of Fumigation tablets to avoid injuries and untimely death.

“We hereby advise the general public to desist from misuse of Topstoxin as fumigation in their homes and stores because it is injurious to health and could also cause untimely death,” she said.

The director-general said NAFDAC was more determined and committed, than ever, to work to safeguard the health of the nation in accordance with its mandate.