A cross section of workers in Abuja have called on the Federal Government to prioritise the upward review of the national minimum wage, to promote productivity and national growth. 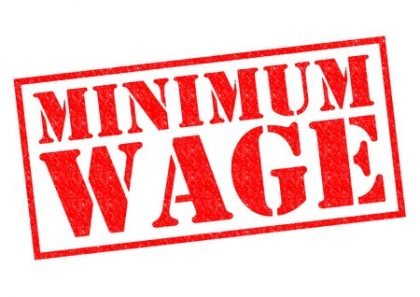 The workers made the call in separate interviews with the News Agency of Nigeria (NAN) on Tuesday in Abuja, on the sideline of activities to commemorate the 2018 Workers Day.

May Day or Labour Day is observed as public holiday in many countries worldwide, including Nigeria, in celebration of workers.

They said that the call for the government to prioritise the minimum wage review had become necessary because of the delay in the implementation of the new minimum wage.

A worker, Mr Sunday Onojah, said that the national minimum wage law prohibited employers to hire workers for less than a given hourly, daily or monthly take home pay.

Onojah, a staff of the Ministry of Trade and Investment, said that workers would be grateful to President Muhammadu Buhari, if he fulfilled his promise on the issue of minimum wage.

According to Onojah, if the president can consider workers’ plights and ensure upward review of the minimum wage, it will go a long way to ameliorate the suffering of workers.

“If that is done, we will be very grateful to him and continue to pray for him.”

A female worker, who pleaded anonymity, urged the government to harmonise workers take home pay, to ensure equal opportunity for them across the country.

“I want the government to pay us what it pays staff of the National Assembly (NASS) because they are not using their own money,” she said.

Similarly, Mr Christian Ojabo urged the government to honour its promise to implement a new minimum wage by September, to boost productivity in the work place.

He said the N18, 000 minimum wage was long overdue for review and urged the government to act promptly to improve the economic well-being of workers.

Ojabo urged the government to keep to its promise and ensure prompt review before the end of the year.

“We will be very happy if that is done, because it will reduce our sufferings with the lingering economic and domestic challenges.”

Also, Mr Ibahim Olatunji commended the government for agreeing to pay a new minimum wage, but advised that concrete steps should be taken to achieve the target.

He said that although the government had promised to review the national minimum wage by the third quarter of the year, it should put measures in place to ensure effective implementation and curb inflation.

According to Olatunji, the government needs to do the needful, since the agreement was that every five years the minimum wage will be reviewed.

“It is over five years since the minimum wage was reviewed to N18, 000, therefore, if workers are asking for upward review, the government should not drag feet, but implement the policy.”

He recalled that the minimum wage was due for review in 2015 and urged the government to put measures in place to achieve the desire goal.

According to him, the law provides that the minimum wage should be reviewed every five years; the law was established to address issues faced by workers.

“I think the cause for review of the national minimum is welcome; it is just that it is almost belated, the issue of minimum wage is an aspect of our law; it is now part of our law in Nigeria.

“It is not something that government should wait until NLC threatens to embark on strike before it sets up committee; it is about the law that should be respected,” Omar said. (NAN)