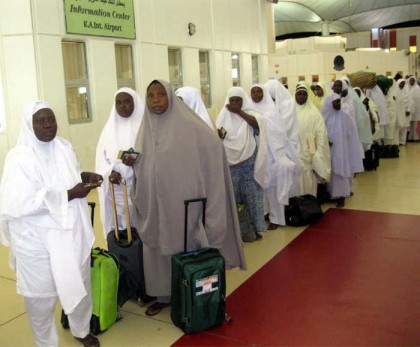 The Federal Capital Territory (FCT) Muslim Pilgrims Welfare Board, says it will commence the first phase of its orientation and education programme for 2018 intending pilgrims on May 5.

The spokesperson of the Board, Muhammad Lawal, made this known in a statement made available to the News Agency of Nigeria (NAN) on Wednesday in Abuja.

Lawal said that Islamic scholars had already been mobilised for the exercise schedule to take place at the FCT Permanent Hajj Camp located at Basan Jiwa, close to Nnamdi Azikiwe International Airport.

He explained that the exercise would be conducted in four phases to enable intending pilgrims to get enlightened on the Hajj rites and new policies introduced by the Saudi Authorities and National Hajj Commission of Nigeria (NAHCON).

He, therefore, advised intending pilgrims from the territory to participate fully in the four exercises so as to assist them to attain acceptable hajj.

He advised intending pilgrims particularly the first timers, to take advantage of the programme to enhance their Islamic knowledge on Hajj rites and proper guidance to get value for their money.

Lawal, however, urged all intending pilgrims who have yet to return their completed application forms or submit their International Passport to do so to enable the board commences processing of their travel document.

Over 2,000 pilgrims from the FCT are expected to perform the 2018 Hajj in the kingdom of Saudi Arabia. (NAN)