Ayodele Titus, Director of Sports, Nigeria Security and Civil Defence Corp, (NSCDC) has called on the organisers of Prudent Energy Handball League to improve on their performance in subsequent edition. 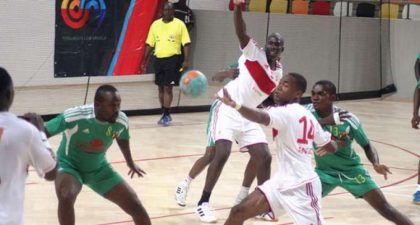 Titus told the News Agency of Nigeria (NAN), on Thursday in Abuja that the league would help to re-position handball in Nigeria.

“It is a very good start for the organisers. Nigeria is known as a handball playing nation but all of a sudden, the whole thing disappeared.

“ But now, we are going back to that era of glorious days for handball because if there are more competitions, players will be engaged and they will improve on their rating.

“They should improve on what they have done. There are one or two lapses but this does not mean that they have not done well, because even in the World Cup, we still have some lapses.

“They should try and build on what they have started. Work on accommodation and feeding. They should look for more sponsors; these are the two things that are taking away money.

“They should look for accommodation for teams and also ensure central feeding for teams if possible, this will give the game more glamour,’’ he said.

Titus, however, said he was optimistic that his teams would emerge top of the table at the ongoing Prudent Energy Handball League.

NAN reports that De Defenders have so far won four out of six matches played in the male category while the Defender Babes won three out of five matches in the female category.

The league, which began on April 27, will end on Sunday. (NAN)