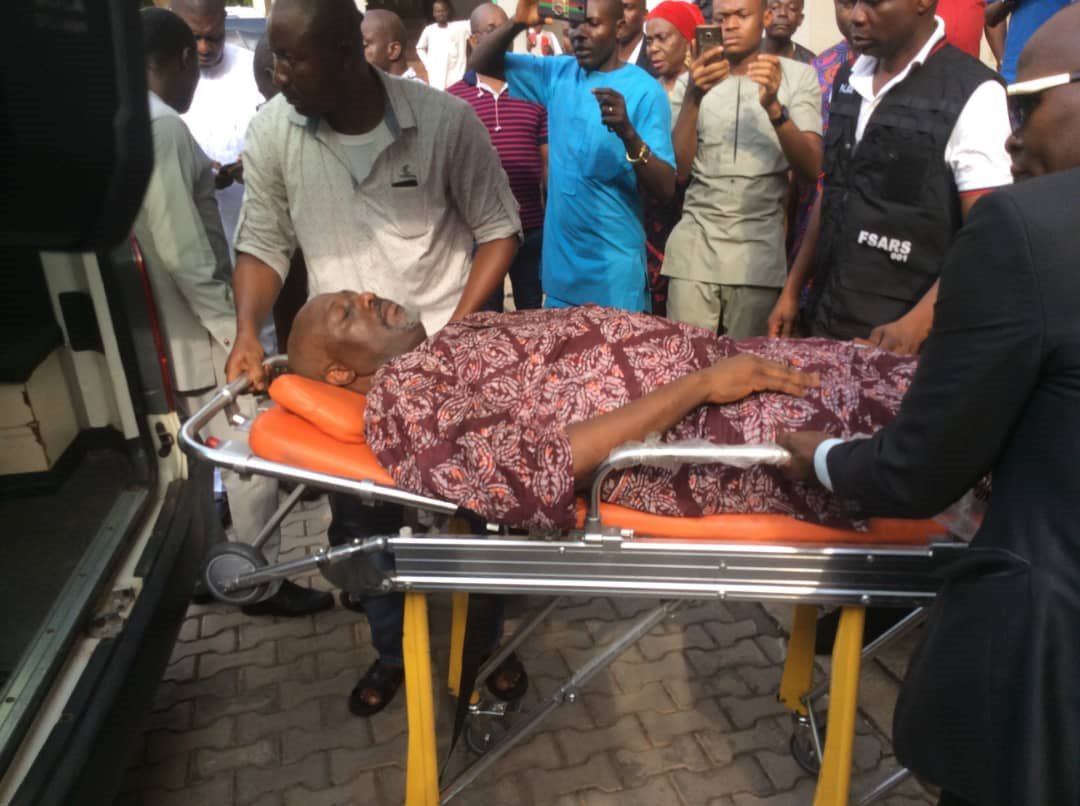 Turaki Hassan, Abuja: All I can say is that nothing can happen to the senator. If anyone in this country commits an offence, the law is there for the person to be prosecuted or arraigned in court within the ambit of the law.

I don’t think the law supports a situation whereby someone is in a dire health situation and is being arraigned most especially that that person is a senator.
It is unthinkable that a distinguished senator or an honorable member of this house would run away from trial.
So, my admonition to the security agencies is to do everything possible to ensure that his life is secured first before prosecution.

Prosecution cannot come at the expense of death and that is very important because if anything happened to him, the responsibility will lie on the security agencies.

That is without mincing of words; because I have not seen a country where someone will be arraigned in a stretcher; where he is not even in the right frame of mind to even take a plea.

What use is it if you’re taken someone to court and he cannot plead guilty or not guilty. So, the emphasis should be on his health first.

The Speaker’s warning followed a point of order by Rep. Sunday Karimi ( PDP, Kogi), who said Melaye was transported in an ambulance to Lokoja to face trial despite the state of his health.