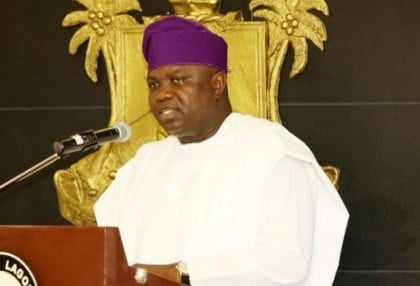 Ayorinde said this in Alausa on Monday, during the ministry’s briefing commemorating Gov. Akinwunmi Ambode’s third year in office.

He said that the state’s tourism which would include ‘spiritual’ or religious tourism, was geared toward showcasing and promoting Lagos in terms of ideas, long-term investment, top-notch infrastructure, and human capacity development.

The commissioner said all these were necessary for the expected competition among tourism destinations all over the world.

According to Ayorinde, the long-term strategic master plan, which is being prepared by Messrs Ernst & Young, would be delivered at the end of May 2018.

He said it would focus on the following sectors: Culture and heritage; film; art and entertainment; business tourism; nature and adventure; medical and wellness; beach and leisure.

The Commissioner said that spiritual or religious tourism was not explicitly mentioned in the plan, but it would be covered.

Ayorinde said that a thorough look at the breakdown proved that all sectors had been sufficiently covered.

He said when tourists come into the state, hotels and worship centers would benefit from such visits, depending on how long they are staying.

The commissioner said such tourists would eat food in Lagos, buy products and do other related businesses in the city.

He said that these would in no small measure affect all facets of the economy and increase the overall income of Lagos.

Ayorinde also said the state’s proposal to UNESCO to be the ‘Global Jazz Capital’ in 2020 was receiving a favorable consideration, according to the Regional Director.

Ayorinde said that the state was ready for the three major literary festivals scheduled to hold this year.

Ayorinde said Lagos had continued to attract people all over the globe because of its commercial activities and tourism potential.

“Recently, John Boyega, a British-Nigerian made his intention known to make a film which is to gulp N9 billion.

“All these are coming at a time when Gov. Ambode is doing everything possible to improve on the development of Tourism, Hospitality Entertainment and Sporting Excellence in the State,” he said. (NAN)