President Muhammadu Buhari has approved the establishment of a new Battalion of the Nigerian Army, as well as a new Police Area Command in Birnin Gwari Local Government Area of Kaduna State. 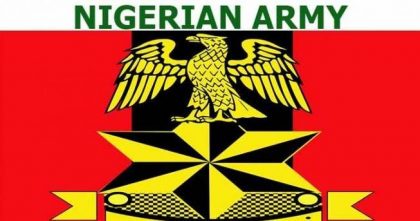 The Senior Special Assistant on Media and Publicity to the president, Malam Garba Shehu, in a statement in Abuja on Monday said these were part of measures to scale up the security response to the banditry affecting the area.

The presidential aide quoted the president as strongly condemning the latest massacre of innocent Nigerians in the area.

The president said: “I am deeply outraged by this unwarranted, unprovoked and reckless destruction of lives by bandits who belong to the lowest level of civilization.

“I feel the pains and devastation of the families of the victims, and this administration will do everything possible to ensure we defeat these enemies of humanity.”

According to the president, security remains a priority for his government, and his administration will not tolerate the persistent killing of innocent people in order to set Nigerians against one another.

He observed that “these persistent killings are not spontaneous; there are subterranean forces with a sinister agenda to instigate the war in the country for selfish purposes.

“Although unconventional war is particularly complicated, our security forces are making rigorous efforts to better understand these enemies with a view to decisively checkmating their evil attacks’’.

Buhari extended his condolences to the families of the victims, the government and the people of Kaduna State over this unfortunate tragedy.
He assured that his administration would never abandon them to their fate.

The statement observed that the new Army Battalion and the Police Area Command are the latest in a series of law enforcement measures to ensure the more effective protection of lives and property, in and around Benue, Kaduna, Taraba, Zamfara and Nasarawa states.

It recalled that the Nigerian Air Force last week took delivery of two new helicopter gunships for deployment to parts of the country affected by banditry.

“A Quick Response Wing has also been established by the Nigerian Air Force in Taraba State, while a Joint Military Intervention Force is fully on ground in Benue,’’ the statement added. (NAN)