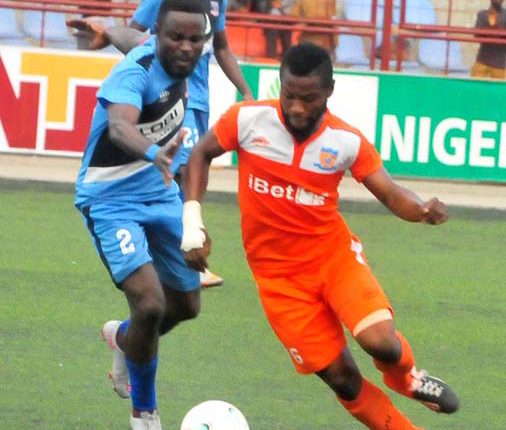 A second-half own goal by defender Kehinde Adeyemi gave leaders Lobi Stars a 1-0 home win over Sunshine Stars in a Matchday 20 fixture of the Nigeria Professional Football League (NPFL) on Sunday in Makurdi.

The victory also helped Lobi extend their lead at the top of the NPFL log by five points ahead of second-placed Kano Pillars who played out a 1-1 draw at Heartland on the same day.

The match played at the Aper Aku Stadium saw the visitors, Sunshine Stars start brightly and could have taken the lead with just eight minutes into the game, but Ezekiel Thompson shot wide across from Kehinde Adedipe.

Lobi Stars came close to scoring in the 16th minute when the trio of Anthony Okpotu, Cletus Itodo and Sunday Akleche combined well to initiate an attack but experienced Sunshine defender, Nojeem Raji nipped the move in the bud.

Itodo had what was the best chance for the hosts four minutes later after Ayo Saka had done most part of the job with a superb pass but the midfield veteran blew the opportunity.

Sikiru Alimi had a chance for Sunshine to score in the 23rd minute but shot wide from the edge of the box.

Lobi’s defence went flat in the 26th minute and Sunday Emmanuel almost took advantage of it forcing Olufemi Kayode to a smart save as the keeper parried his one-on-one chance to the corner.

Sunshine were the dominant side till the end of first half as Lobi were pegged back into their half, but the Akure club could not turn their dominance in the latter stages of the first period to a goal at least.

The resumption saw Lobi Stars press high with real intention to score but early efforts from Kadiri Samad and Itodo were far from targets.

The introduction of Austin Ogunye for match captain Anthony Okpotu changed the direction of the game and Lobi stamped their authority of the match.

Ogunye could have registered a goal with his first touch but failed to wrap his foot well around the ball.

Alimi then produced one of his trademark dribbling runs in the 68th minute and was close to getting a goal for Sunshine but Moses arrived from behind to block his low shot at goal.

After soaking much pressure, Sunshine Stars caved in. It was Kehinde Adeyemi who had the misfortune of turning the ball into his net in the 73rd minute from Ebube Duru’s cross.

The coaches of both clubs reacted after the game.

Lobi Stars head coach Solomon Ogbeide: “I’m happy with the way we approached the second half. I agree we were not too clinical today, but I knew we were going to win because this is a fortress and a potential champion cannot lose at this stage. We will continue to work on our goalscoring deficiencies which is not peculiar to Lobi Stars. We are gradually reaching where we want to be, staying at the top and be the champion and we will continue to work towards that to give Benue people what they want, that is winning the league.”

Sunshine Stars head coach Henry Abiodun: “Today was one of those days we were unlucky. Our plan was to win. It’s always a battle of three points, but I give it to Lobi Stars, they are a good side that’s why they are on top of the league, just like in Akure we played well, dominated early but couldn’t convert our chances. You could see today again, we played well, could have scored first and later we scored ourselves. The aim now is to get out of where we are, and we are working hard to achieve that, we are planning bring in about five new players to beef up the team. We expect the management to conclude on that as fast as they can. I believe before we go for the World Cup break, we will be out of the drop zone.” 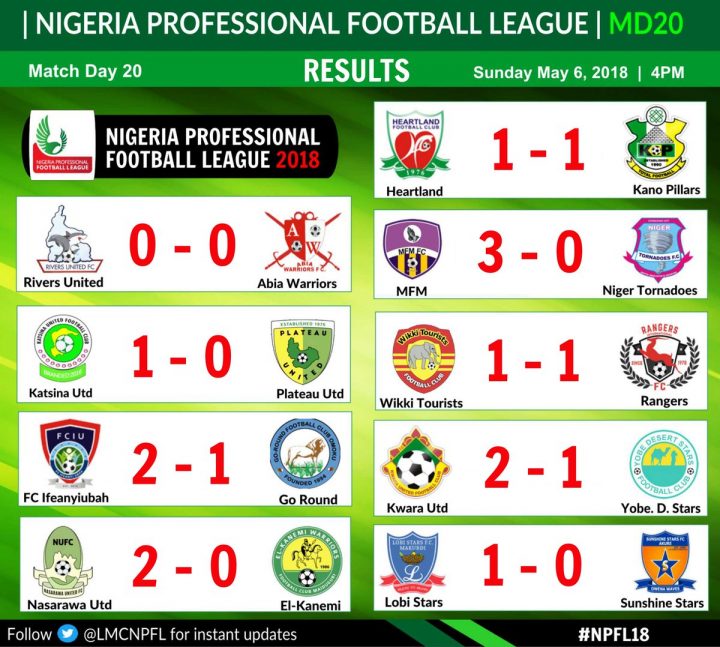