Governor Bindow Mourns Isyaka Rabiu, Describes Him as A An Illustrious Patriot 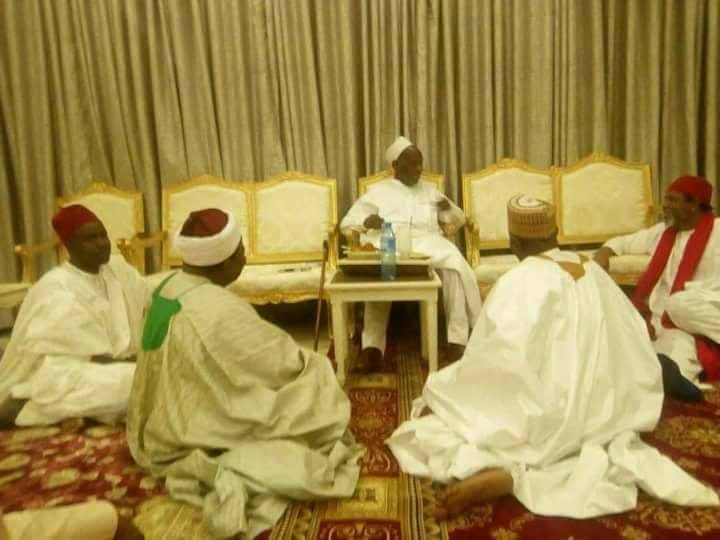 Governor of Adamawa State, Sen Mohammed Umar Jibrilla, has described the death of the foremost industrialist, Khalifa Isyaka Rabiu, who died at the age of 90 in a London Hospital on Tuesday, as “sad and a great loss to Nigeria”.

A statement by the Governor’s SA on Media and Publicity, Macauley Hunohashi, says the Governor is, “commiserating with the family of the late business tycoon as well as Government and the good people of Kano State”.

Sen Jibrilla noted that the late Khalifa Isyaka Rabiu will leave behind, “A vacuum that will be difficult to fill because he was a pioneer in businesses that cut across many sectors of the Nigerian economy, ranging from real estate, manufacturing, frozen foods, sugar, textiles, insurance and banking among others”.

He said it is rather sad that his death came at a time when the Nation needs his wealth of experience to advance the business and socio-political direction of the country.

He noted that, “I’m personally touched by this great loss because he was a very close friend of my father and he became like a father to me. He advised and prayed for me when I told him i was joining partisan politics”.

Sen Jibrilla prayed Allah to grant the late Khalifa Isyaka Rabiu Aljanna Firdausi and the bereaved the strenght to bear the irreversible loss.

Late Khalifa Isyaka Rabiu was born to the family of Muhammadu Rabiu Dan Tinki, a Quranic preacher from Bichi area of Kano State, who led his own Quranic school.

Learned in Islamic knowledge and Arabic, the late Khalifa was the leader of the Tijjaniya Islamic sect in Nigera.

He left behind wives and children among whom is the Chairman of BUA group, Abussamad Rabiu.