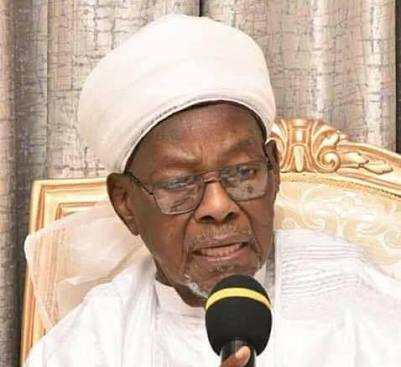 Turaki Hassan, Abuja: Speaker of the House of representatives, Rt. Hon. Yakubu Dogara has expressed sadness over the demise of foremost businessman and Kano based Islamic scholar, Sheikh Isiyaku Rabiu who died at the age of 90 years.

In a condolence message the Speaker described the deceased as a great industrialist who impacted on the lives of many Nigerians and left a legacy of honour, sacrifice and philanthropy.

“Late Khalifa Isiyaku Rabiu was indeed a great scholar, entrepreneur per excellence and inspiring philanthropist who impacted on the lives of many through his uncommon benevolence, generosity and support to the less privileged members of the society”.

“We have indeed lost a man of peace, a respected businessman, a great leader, father and mentor who spent greater part of his life in the service of God and humanity as an entrepreneur, cleric and leader of Tijjaniyya Movement in west Africa.We are however consoled by the fact that Khalifa left a good legacy that will continue to be a source of inspiration to the family he left behind as well as to his followers and admirers”.

While extending his condolences to the family of the deceased, the government and people of Kano State, Speaker Dogara payed God Almighty to grant the soul of the late Khalifa Rabiu eternal rest.