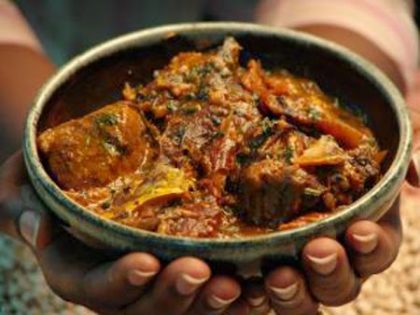 A 56-year-old man, Tajudeen Lateef, on Thursday appeared in an Ikeja Magistrates’ Court for allegedly breaking into a food vendor’s shop and stealing pot of soup, and N10,000.

Lateef, who resides at Atan near Ota in Ogun, is being tried for stealing.

But the Police Prosecutor, Sgt . Mike Unah insisted that the accused committed the offense on May 3 at No. 27, Isiaka St., Oko-Oba, Agege, a Lagos suburb.

He said the accused broke into the shop of the complainant, Tawa Amusa, ransacked it and stole a pot of soup valued at N3,000, and N10,000.

He also stole a phone valued at N3,000 belonging to Jamiu Onifade, Unah told the court.

“The accused was, however, caught by some security guards who were near the scene”

The offense contravened Section 287 of the Criminal Law of Lagos State, 2011.

The News Agency of Nigeria (NAN) reports that the offense carries a penalty of three years imprisonment.

The Magistrate, Mr A.A. Fashola, granted bail to the accused in the sum of N10,000 with one surety in like sum.