FG Reacts To The Killing Of Immigration Attaché In Sudan 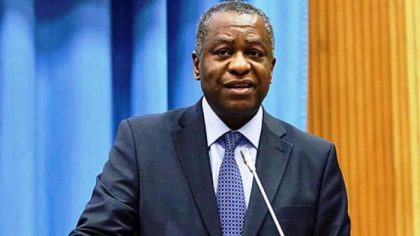 The Federal Government on Friday strongly condemned the assassination of a Nigerian Immigration Attaché I, Mr Habibu Almu, in the Nigerian  Mission in Khartoum, Sudan.

According to a statement from the Ministry of Foreign Affairs spokesperson, Dr Tope Elias-Fatile, on Friday in Abuja, the federal government described the killing as “unfortunate”.

“The Ministry of Foreign Affairs has received an official report from our Mission in Khartoum, Sudan on the death of the Immigration Attaché I in the Mission, Mr Habibu Almu.

“He was killed in his official quarters on Thursday. This, indeed, sad news.

“The untimely death of the officer is certainly a great loss to our country.

“The Federal Government sympathises with the family members of the deceased on this unfortunate incident,” he said.

He assured that the government would do everything possible to ensure that those behind this dastardly act are made to face the full wrath of the law.(NAN)