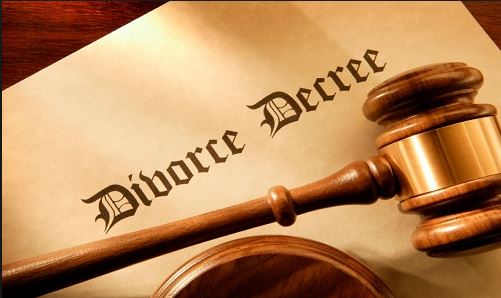 Woman Divorces Husband for Starving Her Sex for 2 Years

The five-year-old marriage between a 35-year-old trader, Bilikisu Azeez and her husband, Olusesi, was on Friday dissolved by an Igando Customary Court in Lagos on grounds of sex-starvation.

Bilikisu had told the court that her husband, Olusesi, starved her of sex for more than two years, a development which, she said, had affected her health.

“My husband has been starving me of sex since he married his youngest wife; he has turned me to an abandoned property.

“I have been falling sick in and out of the hospital, during my last visit to the hospital, I was told that it was because I have not had sex for long that is why I experience frequent sickness.”

She also accused her husband of not caring for her and the only child of the marriage, saying “my husband does not take care of me, I feed and clothe myself.

“He refused to enroll our only child, who is over four years old in school and has failed to pay his medical bills; I always run to my mother for the hospital bill.”

Bilikisu, who also accused her husband of battery, said he had beaten her publicly which resulted in her fainting.

According to her, the trouble started when her husband brought in a third wife.

She continued: “There was joy, love and peace in the house until he came with another wife, who has been fighting me also.”

She urged the court to dissolve the union so that she can move on with her life.

Olusesi, in his response to the allegations, accepted that he starved the woman of sex.

“She once denied me of sex and since then I abandoned her.

“Yes, I starved her of sex, it is tit for tat because there was a day I entered her room to sleep with her and she left the bed to sleep on the floor.

“I made an attempt eight times to sleep with her, but she refused. So since that day, I just put her aside after all she is not the only wife I have,” he told the court.

The 45-year-old building contractor also consented to the dissolution of the marriage, saying he too was no longer interested in the marriage.

The court president, Mr. Akin Akinniyi, while delivering the judgment said that it appeared that the estranged couple was tired of the marriage as all efforts to reconcile them had failed.

“Both of you henceforth cease to be husband and wife, each of you should go on his or her separate ways unmolested.

“The court wishes both of you well in your future endeavour. Any squabble between both of you from now on shall be treated as a criminal.

“Any violation of this judgment will be regarded as contempt of court and will attract imprisonment without an option of fine,” Akinniyi ruled.