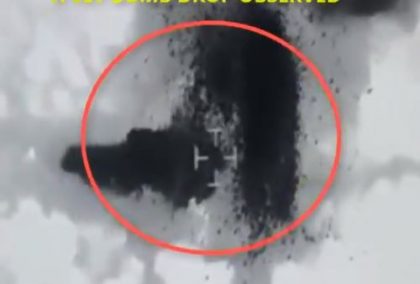 The Nigerian Air Force (NAF) said it has neutralised many fleeing insurgents in its ongoing “Operation Thunder Strike’’ against the Boko Haram terrorists in the North East.

The NAF’s Director of Public Relations and Information, AVM. Olatokunbo Adesanya, who confirmed this in a statement on Wednesday in Abuja, said the air interdiction commenced on Monday.

“On the first day of the operation, air strikes from NAF aircraft resulted in the destruction of terrorists’ structures and the death of all the insurgents at a settlement in Gargash and at another one, East of Gargash, both in Borno.

“After the successful attacks, some of the fighter platforms proceeded to an adjoining target, East of Gargash, where terrorists’ activities were also observed.

“As a result of the attacks, the Boko Haram terrorists’ structures within the settlements were destroyed and set on fire, killing some insurgents, while some fled to hide under trees at a nearby bush.

“Consequently, another wave of air strikes was launched to strafe the hideouts, killing many of the fleeing insurgents,’’ he said.

Adesanya said that the Chief of the Air Staff, Air Marshal Abubakar had been in Maiduguri.

He said that Abubakar had gone there to motivate the frontline personnel and also obtain firsthand information on the progress of the operation.

The News Agency of Nigeria (NAN) reports that the NAF commenced the operation on Monday in the North East.

It is an air interdiction aimed at attacking selected Boko Haram terrorists’ locations that were inaccessible on account of the onset of the rainy season. (NAN)