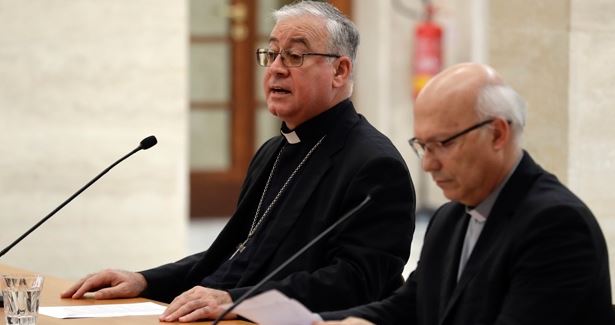 Thirty-four Chilean bishops have offered their resignation to Pope Francis over allegations that they covered up clergy sex abuse scandals.

In a statement read out in a press conference, the bishops say all placed their mandates “in the hands of the Holy Father so that he may decide freely over each of us.”

They also “ask forgiveness for the pain caused to the victims, to the pope, to God’s people and to the country for our serious mistakes and omissions.”

The unprecedented move follows three days of Vatican meetings over the scandal, ending Thursday, between the Chilean episcopal conference and the pope.

José Andrés Aguirre Ovalle, aka “Cura Tato”, was found guilty of nine sexual abuse charges by the highest court of this country.

In 2004 Aguirre was sentenced to 12 years in jail. At the beginning of this trial, the Catholic Church was sentenced to pay 50 million in damages to the victims, but then this sentence was revoked by the Supreme Court.

Ricardo Muñoz Quinteros, priest of Melipilla, was charged in 2010 with eight cases of sexually abusing minors, including his own daughter. Quinteros is also being investigated for producing pronografic material involving children.

In 2010, the Catholic Church began an investigation into sexual abuse allegedly committed by Fr. Fernando Karadima, after four people came forward with allegations of abuse.

He was found guilty and convicted by the Vatican in 18 February 2011. He was sentenced to a life of prayer and penitence, banned from any contact with his ex parishioners and forbidden to perform any priestly ministry in public or private except for mass by himself.

Karadima has not acknowledged any wrongdoing.

There are cases recorded in other dioceses in the country.