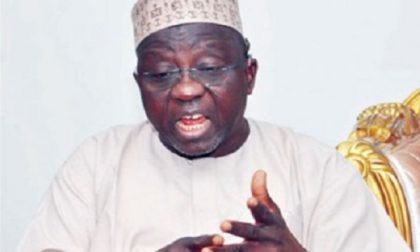 The Nasarawa State Chapter of the All Progressives Congress (APC) has endorsed President Muhammadu Buhari for a second term.

The party endorsed President Buhari on Sunday in Lafia while handing over the flag of the party to Chairmanship candidates of all the 13 Local Government Areas ahead of the local council election slated for May 26.

Speaking at the event, the state governor, Umaru Al-Makura, said Nasarawa State was the political laboratory of the President, hence the need for the endorsement.

He said that in 2011, the President’ party only won the election in Nasarawa due to the belief and confidence the people had in him.

He explained that in the three years the President had been in office, he had not disappointed those, who truly believe in him.

“He has achieved greatly in the fight against corruption, insecurity, and employment for the youth through the N-power scheme, among others.

He, therefore, said the party would mobilise people again to vote for the President in 2019 in order to continue with the good works he had started.

The governor also expressed optimism that the APC would win all the Chairmanship and Councillorship elections on May 26 due to their track record of achievements.

He, therefore, called on all party faithful to work assiduously for the success of the party in all elections.

Responding on behalf other candidates, Samuel Akala, the APC Candidate in Karu LGA, expressed gratitude to the party for giving them the opportunity to run for elective positions. (NAN)