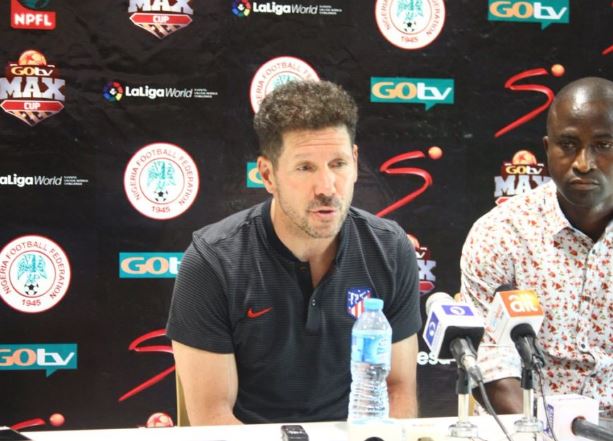 Atletico Madrid of Spain Manager, Diego Simeone, has described the international friendly between his team and Nigeria’s  Super Eagles in Uyo as a tough tie.

The Eagles team B lost 2-3 to the  2018 Europa League Cup winners in GOTV Max Match on Tuesday.

Simeone also told a post-match briefing  at Godswill Akpabio International Stadium that the Super Eagles gave a good account of themselves.

“We are happy to be here today. It was a difficult match though we won. The Super Eagles played very well,  they tried,” Simeone said.

The coach said that his team came with the mind to play and win even though it was a friendly match.

The Super Eagles Coach, Salisu Yusuf, commended his boys for their superlative performance in spite of the loss.

Yusuf said that although his team played very well Atletico Madrid showed maturity and experience, adding that the two goals conceded by his team were cheap.

“We played compact football, they have the maturity and were more experienced than us.

“We are going to develop the team to the next level. They played against the best,” he said.

He said with such performance the Eagles team B could metamorphose into a dependable team for the future.

The Super Eagles Captain, Musa Mohammed, said they were happy to trade tackles with the Spanish premier league giants.

Mohammed also told NAN that they played according to instructions. 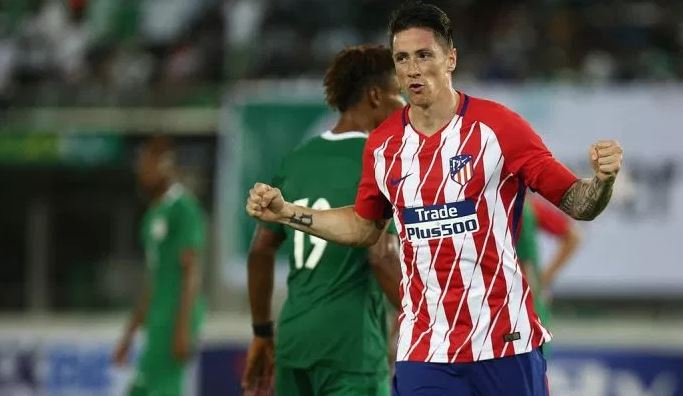 Goals from Angel Correa, Fernando Torres and Borja Garces denied the Super Eagles B side a victory in the entertaining match.

Roberto Olabe equalised for Atletico Madrid and Torres, who was introduced in the second, half scored the second goal for the team.