The House of Representatives, on Thursday, voted against the Bill for an Act to Establish the Nigerian Peace Corps. 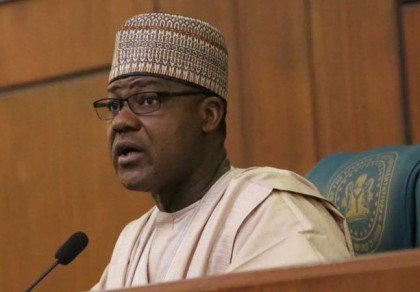 He conveyed his decision to withhold his assent in a letter sent to the National Assembly on February 27.

The President had given two reasons for rejecting the proposed organization.

One of which was “security concerns regarding the proposed Nigerian Peace Corps being authorized to undertake activities currently being performed by extant security and law enforcement agencies.”

The second reason was “financial implications of funding the establishment and operations of the proposed Nigerian Peace Corps, given the scarce financial resources, which may pose a serious challenge to the government.”

Representing the bill for a second reading at the plenary, as part of the process to override the President’s veto, Rep Emmanuel Orker-Jev (Benue APC) argued that the two reasons cited by President Buhari were not strong enough to stand down the bill.

According to Ndubuisi, Nigeria should be able to operate a security system that can be juxtaposed with international practice.

He said the acceptability of the bill could not be overemphasized.

Monguno said the establishment of Peace Corps would help to strengthen the country’s security structure.

”No amount of money spent to guarantee security of lives and property will be too much,” he said.

Orji argued that if passed into law, the creation would help to combat the high rate of unemployment among the youths in the country.

”There are many jobless people in our society today. And when a boy has nothing doing, he will end up as an area boy. So if Peace Corps will reduce the unemployment rate, I think we should see it as a palliative measure,” she said.

Also, Shawulu said since the country was under-policed, the need to have such security agency was timely.

However, some of the legislators opposed the idea, citing financial constraint among other reasons.

According to Wase, the supposed head of the organization collected N50, 000 from each applicant.

”Is that the only avenue to employ? We should remember that those who started the Civil Defence today are still volunteering. Will this one not go the same way?

”I appeal to my brother to step down the bill and let us do a thorough job on it,” he said.

On his part, Baballe argued that at a time when the existing security agencies were underfunded, it would be improper to establish a new one.

Adamu also cited the issue of inter-agency rivalry among security agencies as another reason for the bill to be stepped down.

He said such acts might undermine the security of the country.

Doguwa stated that what the country should focus on at the moment was how to consolidate on the existing security agencies to make them efficient.

After a tensed deliberation that lasted for over an hour, the Speaker of the House of Representatives, Hon Yakubu Dogara, put a question on whether the bill should go for a second reading.

However, the majority of the lawmakers across party lines voted against it.

It would be recalled that the proposed outfit had generated serious controversies across the country.

Among security agencies, particularly the Nigeria Police, there was an outright rejection of the corps on the grounds that it would duplicate the duties of the existing agencies.

But, the promoters of the corps, especially the coordinator, Mr. Dickson Akor, had worked hard to explain the relevance of the organization to the National Assembly to a point that the lawmakers were convinced to pass the bill in 2017.

But, not long after the bill was passed, the police invaded the headquarters of the corps in Abuja and closed it down.