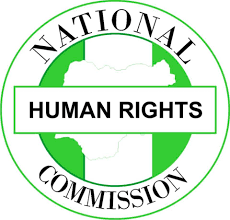 He made the call in an interview with News Agency of Nigeria (NAN) on Thursday in Maiduguri.

Ojukwu said stakeholders must play their roles by complementing the efforts of the military in the fight against Boko Haram in the North East.
He added that the military could face constraints if the frontline states were not giving it adequate support, saying the military single handedly respond to most challenges posed by the insurgents.
He explained that the military must be relieved of some areas of responsibility to enabled them to have full concentration in what they were doing.
The NHRC boss said “while the role of the military is the most crucial, other comprehensive strategies should involve a whole segment of government, rather than an approach limited solely on one institution.
“The military cannot be fighting in the frontline and take care of humanitarian needs like health care, shelter, hunger and food challenges arising from the  insurgency in some liberated areas: that will be too much.”
He emphasised the need for Ministry of Information and National Oriantation Agency (NOA) to handle the aspects of communication and propaganda to reduce the burden on the military.
He said `even the trial of Boko Haram suspects should not be the problem of the military: it should be handled by Ministry of Justice and the courts.
“Stakeholders should play their roles to shorten the time of operation, win the war, minimise humanitarian consequence and stem human rights violation.
“The context in which terrorism emerges involves complex mix of historical, political, ethnic, cultural, religious, social-economic, and various other factors and presents multiple and evolving challenges to governments.” (NAN)