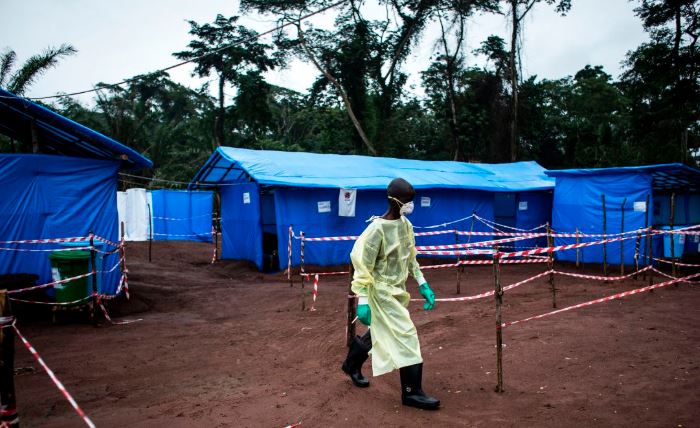 WHO Warns of Imminent Spread of Ebola From DRC

World Health Organisation (WHO) has warned that the Ebola epidemic in Democratic Republic of the Congo (DRC) may likely spread to more parts of the country and internationally if not properly curtailed.

The DRC remains on an “epidemiological knife-edge” regarding the spread of the deadly Ebola disease, in spite of the quick response by authorities and international partners to the threat, the WHO said.

Speaking in Geneva at the World Health Assembly, Dr Peter Salama, WHO Deputy Director-General, who heads Emergency Preparedness and Response, said that there were several reasons why the current outbreak – which has claimed 27 lives since it was declared on May 8 – had yet to be contained.

Epidemiology is the branch of medicine which deals with the analysis of the incidence, distribution, and control of diseases’ conditions in defined populations.

“It’s hard to recall a situation of an outbreak where a Government has responded more quickly and more decisively than in this outbreak,” Salama said.

The WHO official added that it was “a multi-partner effort and it’s not over yet. We’re really just at the beginning”.

“I used the phrase yesterday that we’re on the epidemiological knife-edge of this response, the next few weeks will really tell if this outbreak will spread to urban areas or if we’re going to be able to keep it under control.”

Unlike previous Ebola events in DRC – this is the country’s ninth since 1976 — the 2018 outbreak has been complicated by the fact that it involved rural and urban areas, he said.

“This has raised the chances that it might spread both nationally and internationally,” Salama said.

He noted particularly since the city of Mbandaka – where the disease was identified after first surfacing in the relatively remote Bikoro – is close to the Congo river, which acts as the main transport link to DRC’s capital, Kinshasa.

”With 58 confirmed, probable or suspected cases of the disease in the country as of Wednesday, effective tracing of anyone who had come into contact with the disease would “make or break” the response to Ebola,” Salama said.

He described the task ahead as “the detective work of epidemiology”, adding that medical personnel at a hospital in Wangata, Mbandaka, were tracing some 600 contacts from three separate chains of transmission.

One of these chains was associated with a funeral in a neighbouring town of Bikoro; another was linked to a health-care facility in the small village of Iboko; and the third related to a church ceremony.

“Each one has the potential to expand if not controlled,” Salama said.

The WHO official confirmed that a selective, or “ring vaccination” programme had just begun and that efforts were ongoing to ensure that the Ebola drug could be stored in “ultracold” conditions at between -60 and -80°C.

WHO has repeatedly stressed that vaccination was only one measure among many in any outbreak response.

That message was repeated in Geneva by Tedros Ghebreyesus, WHO Director-General, who praised the commitment and sacrifice of the communities and health workers on the front line, as “the most important element in fighting this outbreak”.

The WHO chief also underlined that the coordination among international health partners was essential, too, before highlighting that even he had problems in accessing rural Bikoro to see the problem first-hand, during his visit to the area shortly after the beginning of the outbreak.