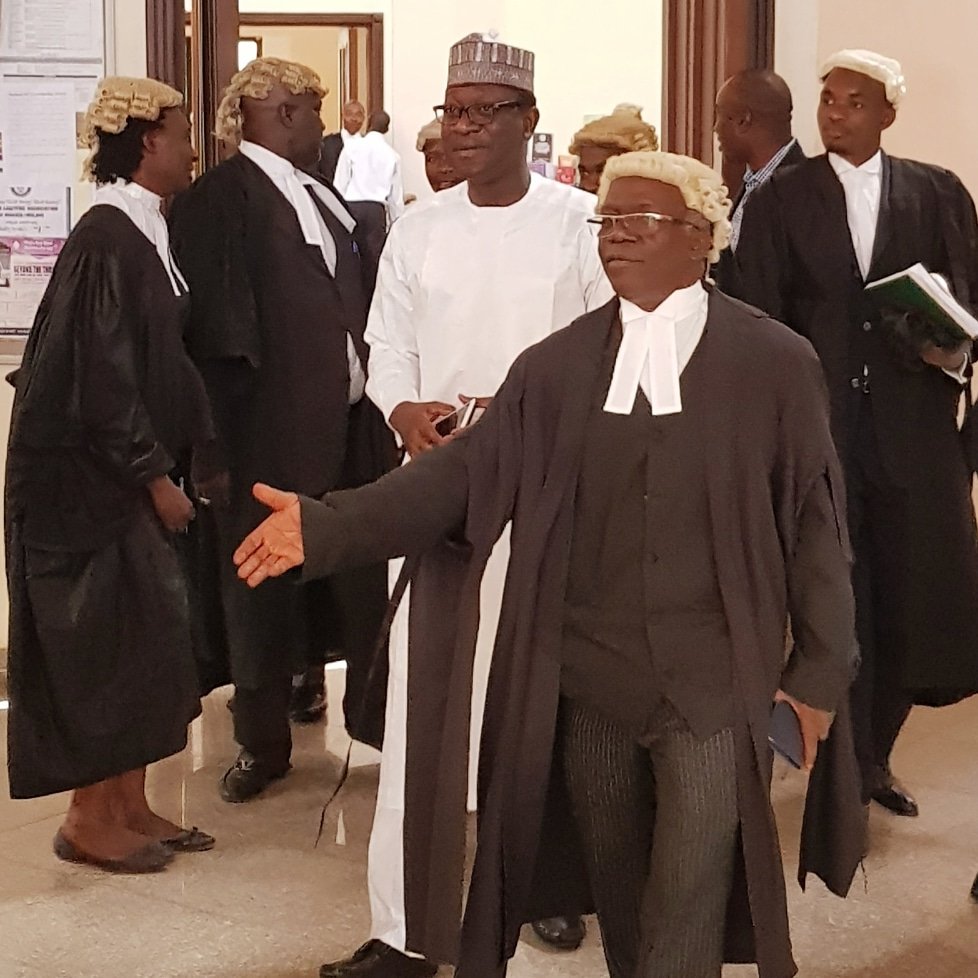 Godwin Onyeacholem, Abuja: The Federal High Court sitting in Abuja today 24th May 2018 presided over by Hon Justice John Tsoho nullified the suspension of Hon Abdulmumin Jibrin from the House of Representatives for 180 legislative days.

The court in its over 40 page judgement declared that the suspension of Hon Jibrin is null and void, has no effect whatsoever and was an affront and a clear violation of his fundamental human right. Tsoho added that the House does not have the powers to suspend Jibrin or any other member even for one day in line with the constitution of the federal republic of Nigeria 1999 as amended.

Justice Tsoho admonished the House of Representatives being a body that derives its life from the constitution not to offend the same constitution so as not to end up killing its self. It should therefore act as the bedrock of constitutional democracy.

While affirming that Hon Jibrin and every other member of the House has a constitutional responsibility and in line with the code of conduct of the House to expose corruption, the court ordered the immediate payment of Hon Jibrin’s salaries, allowances and other entitlements from the date of his suspension till date.

The court expressed its annoyance that despite the pendency of a suit seeking injunctive relieves against the defendants, the House still went ahead to constitute a panel to suspend the plaintiff. Justice Tsoho declared that the actions of the Ethics Committee and the leadership of the House was not only malicious but a gross violation of the rules of natural justice.

Justice Tsoho commended Jibrin for dropping his claim for 1 billion naira damages against the House in the spirit of reconciliation even though he is by law entitle to damages, as the law provides that where there is a wrong there must be a remedy, he said.

In his reaction, Hon Jibrin described the judgement as a long walk to justice. It will be recalled that the case which commenced since September 2016 lasted 20 months in the court while he served 231 days in suspension before he was recalled in March. He added that the judgement and the sacrifice he made is a victory for democracy and the rule of law.

He thanked his constituents, colleagues , Lawyers Lead by Femi Falana SAN, Ahmed Raji SAN and their team of lawyers and all other Nigerians that stood by him and promise to dedicate his remaining term to providing and promoting good representation and governance.