Urban highlife singer, Adekunle Gold after months of delay, has released his 2nd and sophomore album titled `About 30′. 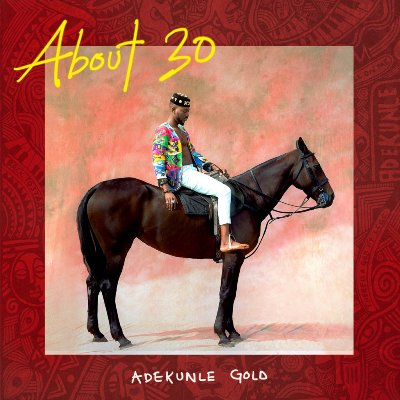 His newly released album `About 30` which is expected to be another great hit from the artiste, is a follow up on his first album titled `Gold.`

Adekunle Gold with excitement made the announcement on his tweeter handle @adekunleGOLD on Friday .
He wrote: I am really emotional right now. “I could cry happy tears.

“This album, #About30, is a reflection of my heart, my fears, my pleasures, my pain, my losses and my faith.

Some of the songs include: Ire, Down With You (feat. Dyo), Mr. Foolish (feat. Seun Kuti) Surrender, Damn Delilah, Yoyo (feat. Flavour), Money and Pablo Alakori.

He earlier released ‘Ire’, a song also added to the album, which was aimed at craving the appetite of his fans and it automatically became a hit song.

Unlike his debut album where the only featured artist was Simi, Adekunle Gold expanded his range working with the likes of DYO, Flavour, Seun Kuti and the Lagos Community Gospel Choir.

Meanwhile one of the songs, Damn Delilah, is already generating controversy on various social media platforms.