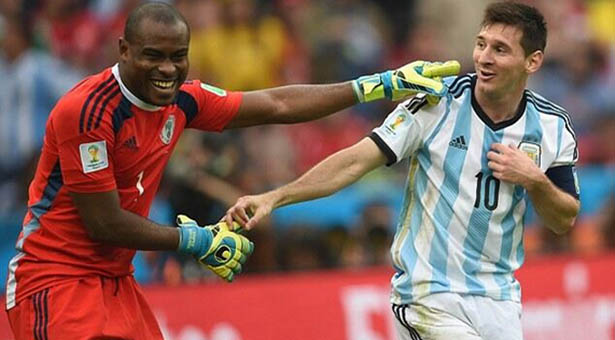 Ahead of the Russia 2018 World Cup in Russia, Nigerians have advised Coach Gernot Rohr to be guided by the current form in selecting Nigeria’s first-choice goalkeeper. 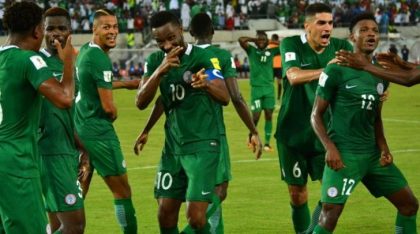 Some football enthusiasts who spoke to the News Agency of Nigeria (NAN) in Abuja on Friday, agreed that Rohr’s biggest headache going to Russia was in the area of goalkeeping.

The Eagles coach had, in his 30-man Provisional World Cup list released on May 14, listed four goalkeepers who would compete for the three available slots in the final 23-man World Cup list.

While the majority of those who spoke to NAN expressed disappointment at the calibre of goalkeepers available to Nigeria for the football’s biggest fiesta, others believed that the coach had a game plan.

Former Super Eagles defender, Waidi Akanni, expressed confidence in the ability of the Eagles coaching crew to make an appropriate final decision in the goalkeeping department.

“The purpose of a training camp is to help the coach make such decisions. For me, I can’t say this particular goalkeeper or the other should be our first-choice goalkeeper,’’ he told NAN.

Akanni, who was a former Chairman of the Lagos Football Association, also pointed out that unforeseen circumstances could help determine who Rohr eventually gives the nod.

“Remember there are still going to be injury worries, fitness issues and other factors which will either make the coach’s job of choosing a keeper more difficult or easier.

“The coach has started well by calling up four good goalkeepers. I think in the coming weeks it will become clear first to the coach and then to Nigerians who our first-choice keeper will be in Russia,’’ he said.

Meanwhile, some regretted the unfortunate illness of Super Eagles first-choice goalkeeper, Karl Ikeme, who was diagnosed with acute Leukaemia in July 2017.

Chuks Ohuegbe, an Abuja-based lawyer, public affairs analyst and media consultant, told NAN that he didn’t expect much from any of the goalkeepers invited by coach Rohr.

“To be frank, I don’t have faith in any of the goalkeepers invited to camp by coach Rohr.

“However, if their goalkeeper trainers are really good, maybe they could be able to work on Francis Uzoho and Ikechukwu Ezenwa.

“Between the two, I’ll go for Uzoho because he plays with and against some of the best players in one of the best leagues in the world.

“Ezenwa would have been a good choice, but at crucial times his confidence lets him down,’’ he said.

Henry Okelue, a Digital Strategist and ICT Consultant based in Abuja, feels the Nigerian coaching crew had to be wary of the stars paraded by the Argentinians in his choice of a goalkeeper.

“We have a goalkeeper problem. Ezenwa is a good keeper, but he does not have the confidence he needs for a stage as big as the World Cup.

“He is most likely going to freeze against Argentina and Croatia. Uzoho is even more inexperienced than Ezenwa.

“What he has going for him though is being on the cards of a club in a top European league. Akpeyi has also shown he lacks experience,’’ he said.

He, however, suggested that the Super Eagles coach might have made that decision already.

“Considering that Rohr has used Uzoho in most of his friendlies shows he seems to have more confidence in him. That might just edge it in his favour.’’

NAN reports that the 2018 FIFA World Cup kicks off on June 14 in 12 venues and 11 host cities across Russia.

The Super Eagles are drawn in Group D alongside archrivals, Argentina, Croatia and Iceland.

They will open their account against Croatia on June 16 at the Kaliningrad Stadium, before taking on Iceland on June 22 and Argentina on June 26.

Argentina, who had previously met and defeated the Super Eagles at 1994, 2002, 2010 and 2014 editions of the World Cup, is tipped as one of the favourites to win the this year’s World Cup.