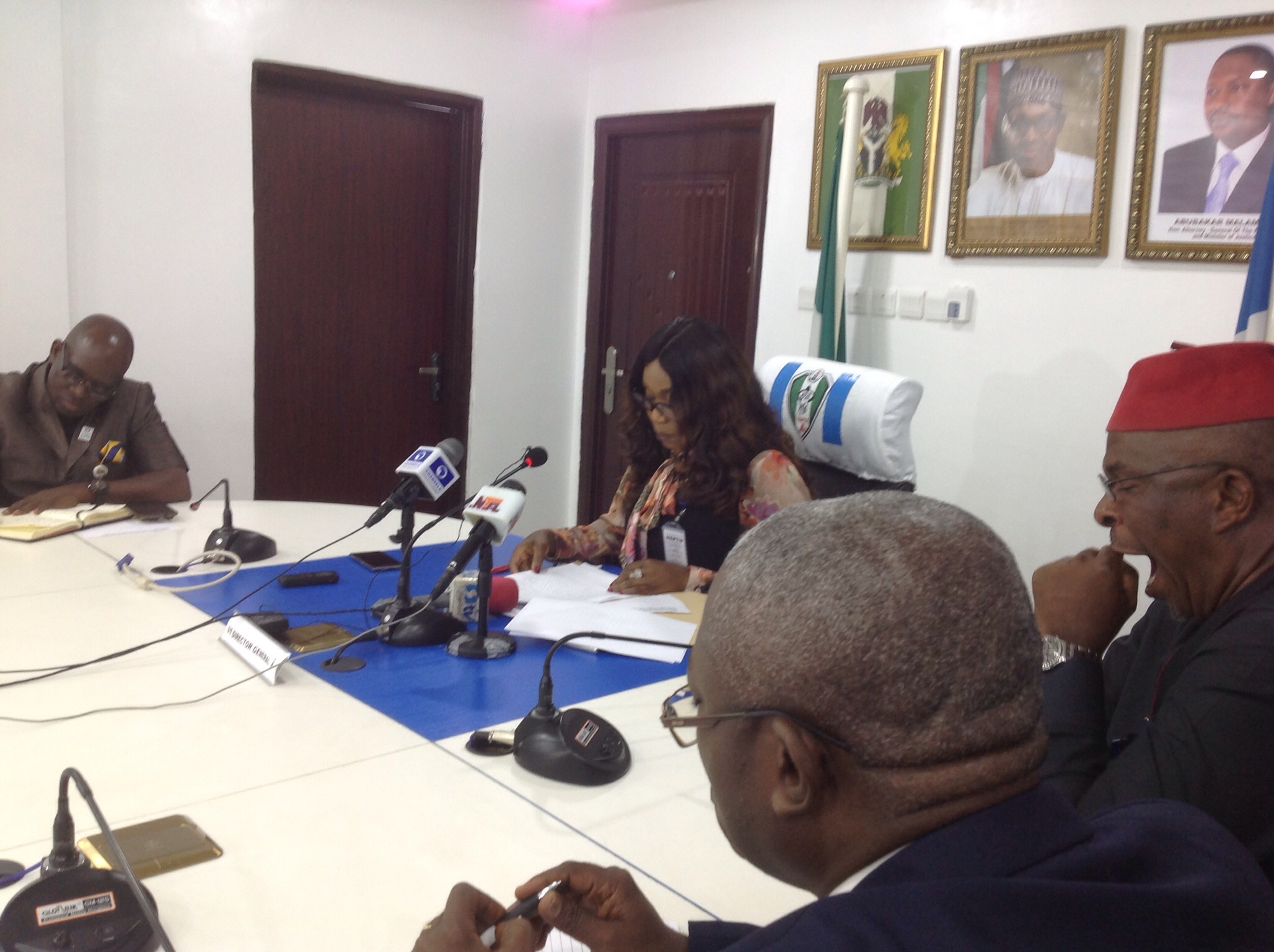 The National Agency for the Prohibition of Trafficking in Persons (NAPTIP) has alerted the general public on plans by human traffickers to use the upcoming World Cup to traffic Nigerian youths.
The Director-General of NAPTIP, Ms. Julie Okah-Donli, disclosed this at a news conference on Monday in Abuja.
Okah-Donli explained that part of the plot was to float unregistered football supporters club, unofficial government delegation, as well as unregistered youth bodies.

She said that they planned to use these platforms to collect huge sums of money from some desperate youths, with the promise to ferry them out of Nigeria using the World Cup tournament as a ploy.
According to the tip they received, the traffickers in collusion with their collaborators at the destination countries, have also arranged with their cohorts in Europe to facilitate the defection of the victims out of Moscow.
“Already these traffickers have continued to mount pressure on some youths and their parents forcing them to part with huge sums of money in exchange for a Russian visa.
“One of such cases at hand is that of a girl from one of the states in the South-South part of the country (name withheld).
“She reported that a Moscow-based trafficker has continued to pressure her through her parents in order to traffic her.
“The trafficker has concluded plans to airlift her on or before June 5, 2018,” she explained.
Okah-Donli said that the agency’s detectives were already on the trail of the said parents, while the sister operatives in Moscow were handling the traffickers.
She warned parents to beware of persons coming to them to give out their children to be taken abroad within this period.
She added that yielding to undue pressure and deceit would send such children to their early grave.
“Russia is a country with high incidence of human trafficking and many Nigerian victims of human trafficking are held up there, and now seeking assistance to return home.
“Stories from victims of human trafficking rescued by NAPTIP from Russia in the past are full of pains and agonies, with few of such victims permanently incapacitated for the rest of their lives,’’ she said.
The director-general however assured that her agency was making effort to meet with the Minister of Sports and Russian Ambassador to Nigeria on the development.
She called on the leadership of the Nigeria Football Federation to ensure that only accredited delegates and officials made the Russian contingent.
Okah-Donli said that NAPTIP would strategies and work to ensure a World Cup free of human trafficking was achieved.
She said that whoever is caught in the act would not be spared no matter how highly placed he or she may be in the country.

NEWER POSTGovernment should invest more, initiate political will to develop ICT, says UNESCO
OLDER POSTDemocracy Only Flourishes Where There is Peace, Transparency – SGF