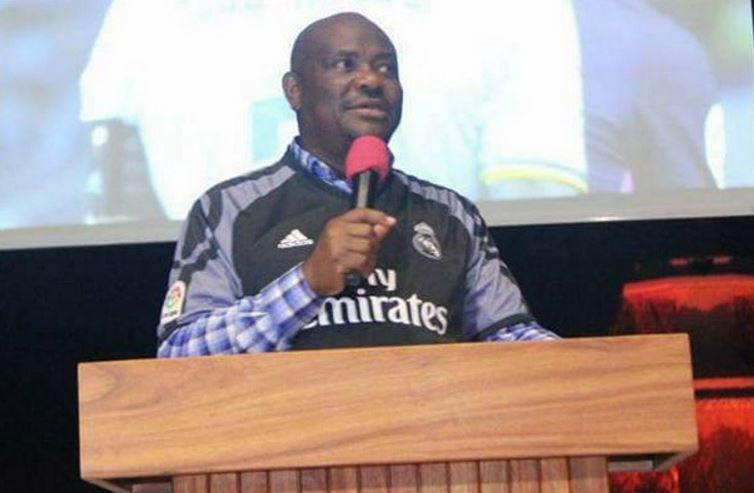 The Rivers Government on Monday laid the foundation for the Real Madrid Football Academy in Port Harcourt, the state’s capital.

Gov. Nyesom Wike of Rivers assured sports stakeholders at the foundation laying at the Yakubu Gowon Stadium, Port Harcourt that the academy would be inaugurated in seven months’ time.

Wike commended the management of Real Madrid FC Academy for making the foundation laying a reality and said the academy was the best.

“When we started, people were afraid, whether we are going to actualise this dream.

“But I told those working with me that if there is one thing we are going to achieve, it’s the establishment of the academy in Port Harcourt, Rivers, and we are here today.

“Real Madrid FC is the best, and the best will always come to Rivers, the academy has come to stay,’’ he said.

According to Wike, the academy will be open to everybody but preference shall be given to Rivers people and also give support to people living in the state and do businesses here.

“The academy is for children between ages eight and 16 but Rivers people will be given special preference because it is their money,’’ he added.

The governor assured Rivers footballers that the state government would do everything possible to support them.

“Sports is one area that we must use to bring our youths together to reduce youths restiveness, and it is a catalyst for development,’’ Wike said.

Tarekel Hajj, General Manager, Real Madrid FC Academy of Rivers, said the project would witness the start of a new era in the state.

“This is a project that will affect the grassroots and achieve happiness and peace among the people, it will make the children to focus on sports and reduce unemployment,’’ he said.

Hajj disclosed that the project would have a clinic for the coaches in Madrid, a camp for the kids in Rivers.

“The process of recruiting suitable Nigerian coaches that will help the project to develop has already started.

“The construction of a modern venue and facility ready to be delivered and operational with the highest standard any football academy could have in the world, have already started,’’ he added.

The Real Madrid FC Academy’s representative said that all coaches, management and medical staff would be accredited and ready before the official kick-off of the 2018/2019 football season.

The Rivers Commissioner for Sports, Boma Iyaye, said that the facility when completed would complement the existing Yakubu Gowon Stadium.

“It will serve as a training ground for the academy and would have a club house, administrative building, conference centre, classrooms, cafeteria, offices, and most especially, a 1,000 capacity spectators stand,’’ he said.