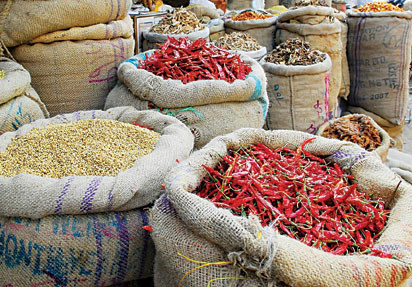 Mr Yusuf Gagdi, member representing Kantana constituency in the Plateau House of Assembly, has donated food items and undisclosed amount of money to the less privileged in his constituency.

Donating the items on Saturday at Dengi in Kanam Local Government Area of the state, the lawmaker said the gesture was part of his service to God and humanity.

According to him, Ramadan season remains the best time to give alms.

“It has been a routine for me to render such service to God and humanity, because from the little God has blessed me with I try to share it with those who don’t have at all.

“Most people don’t have anything to use in breaking their fast, and for me who is privileged, there is no better time than now to help them.

“So, for me to do this now, I count it a privilege and a way of appreciating my creator for giving me the opportunity and enablement,’’ he said.

Gagdi, who was a former Deputy Speaker of the Plateau House of Assembly, explained that the gesture had no political undertone.

“This has nothing to do with politics, and those who knew me before I became a lawmaker will attest to the fact that I have been doing this during festivities of both religions.

Gagdi said he would not relent in his efforts in bridging the gap between the rich and the poor whether in office or not.

The News Agency of Nigeria (NAN) reports that items donated include 150 bags of millet, over 40 bags of rice and sugar. (NAN)