Why Obasanjo’s Criticism Of Buhari Should Be Ignored–APC UK 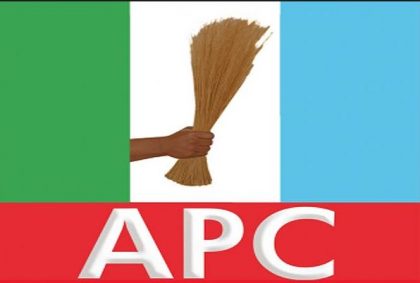 Mr Ade Omole, a leader of the United Kingdom chapter of the All Progressives Congress (APC), says former President Olusegun Obasanjo´s criticism of  President Muhammadu Buhari should not be taken seriously.

He spoke with the News Agency of Nigeria (NAN) on Tuesday in Abuja while reacting to Obasanjo’s  accusation  of the president and the ruling APC government as  “ underperforming.’’

Omole said  Obasanjo´s criticism of   Buhari was full of contradictions when critically examined, adding that the former president ’s campaign was all about a power struggle.

According to Omole, Obasanjo´s attacks are personally motivated and an unalloyed attempt to manipulate the masses and the electorate ahead of the 2019 general elections.

´´The timing is quite key and it is his personal push to unseat President Buhari;  it is easy to criticise any government, Trump and the current British Government are severely criticised every day,´´  he said.

He called on Nigerians to continue to support the Federal Government, saying it was doing everything possible to improve the well-being of the people.

Omole added that the support of Nigerians was critical to enable the president get a  second term in office and consolidate on his developmental initiatives.

´´He deserves a second term and we are delighted that he has decided to go for re-election, and we shall fully support his bid.

´´I strongly believe that President Buhari has done more than expected by most Nigerians considering the situation in the country before he assumed office in 2015.

´´This APC-led government is making steady progress,  especially in the areas of the economy, tackling insecurity and corruption as well as power and transportation,´´ Omole said.

Omole said Buhari’s approach to the country´s economic and security problems was sustainable and long-lasting, adding that he had also earned the support of the international community.

He also said the president had worked ceaselessly to restore the morale of the Nigerian military by re-organising and equipping the armed forces.

Omole also said the president had ensured continued peace in the Niger Delta through consistent funding of the amnesty programme for former militants.

Buhari, he added,  had also ensured the implementation of the Economic Recovery and Growth Plan to boost the country ’s economic recovery.

´´He has expanded tremendously on capital infrastructure projects nationwide and has ensured effective implementation of the Treasury Single Account and increased government revenue by over N3 trillion in the last three years.

´´He has also entrenched transparency and accountability in the system and has ensured the implementation of the Bank Verification Number (BVN) system,´´ he said.

This, according to Omole, ensured the tackling corruption by plugging loopholes for syphoning public funds and tracking of illicit funds through multiple accounts. (NAN)