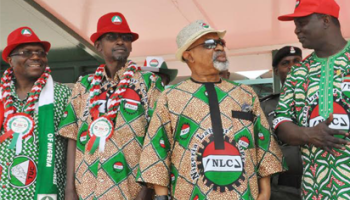 The Federal Government on Wednesday said that it has put in place a number of initiatives targeted at enhancing the welfare and well-being of government employees in the country.

Mrs Didi Walson-Jack, Permanent Secretary, Service Welfare Office, Office of the Head of Civil Service of the Federation (OHCSF), said this at a breakfast meeting with the labour in Abuja.

Walson-Jack said that a system had been developed to take care of their well-being of government workers from the point of entry to exit, from the service.

According to her, the system which is tagged ‘Federal Civil Service Exit Management Programme’ is currently being piloted to ensure that the workers put in their best.

She said, “This system is expected to guarantee that welfare of employees at every stage in their career and bring about an all-round development of the workforce.

“In this regard, over the past few months, a number of initiatives have been approved by the Head of the Civil Service of the Federation for implementation as part of efforts targeted at enhancing the welfare and wellbeing of its employees.

“The initiatives are meant to attract the brightest and the best services of employees as well as motivate them to contribute fully towards achieving the overall vision of the government.’’

She stated that a critical stage in the career of government employees is the preparation for exiting the service.

“To this extent, the exit management programme being piloted is tailored around the training of prospective retirees on various Agriculture Businesses.

“This in order to provide another Stream of income for employees at the tail end of their career, thereby providing a smooth transition to life after service’’ she said

She disclosed that the HOS had also approved the development of a Federal Civil Service Welfare Policy, to address the challenges of an uncoordinated approach to management of welfare of employees.

She said the policy was expected to provide the framework that would ensure the well-being of all employees become a primary concern of the government.

The president of Nigeria Civil Service Union, Mr Lawrence Amechi said that the development was a welcome one to the union.

“Some of the benefits of this meeting are that cordial relationship between government and labour has been restored and the HOS has continued to facilitate our discussions very quickly to the authority and we are getting results’’ Amechi noted. (NAN)