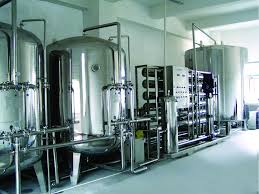 Kano State Government has unveiled a five-year water development plan that would cost over N98 billion.

The Commissioner for Water Resources, Alhaji Usman Riruwai, who unveiled the plan at a Town Hall Meeting on Tuesday in Kano, said it was meant to overcome the persistent shortage of water in the metropolitan areas of the state.

The News Agency of Nigeria (NAN) reports that the meeting was organised by the state government to celebrate this year’s Democracy Day.

Riruwai explained that the project would be funded by a consortium of foreign investors with contributions from the state and federal government.

‎Earlier, the Commissioner for Education, Prof. Hafiz Abubakar, said that the state has over three million pupils and 6,000 primary schools.

The commissioner who doubles as the Deputy Governor said the number was the highest in the country.

He said over 2,000 teachers were sponsored for NCE certification by the state government to enhance teaching and learning.

Also, the Commissioner for Rural Development, Musa Kwankwaso said the government is working with the World Bank to construct 500 kilometres of rural roads across the state.

He said that the project being executed under the Rural Access and Agricultural Marketing Project, was to open up rural communities for enhanced social and economic development.(NAN )