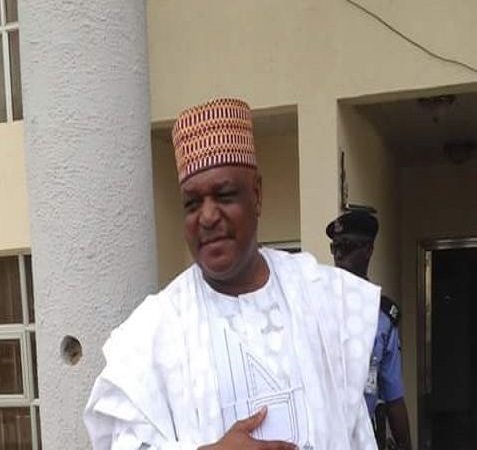 An FCT High Court on Wednesday convicted and sentenced former Taraba Gov. Jolly Nyame to 14 years’ imprisonment with no option of fine over N1.64 billion fraud.

Nyame was found guilty and convicted on 25 of the 41-count charge bordering on criminal breach of trust, misappropriation and graft, not guilty on 14 others and discharged on two counts.

Delivering the judgment, Justice Adebukola Banjoko said that the money earlier seized by the EFCC from the convict should be returned to the government treasury.

Banjoko said the convict, being a clergyman, should have lived up to his calling.

She said that facts before the court showed that the convict had encouraged other government officials in Taraba during his regime to engage in reckless misappropriations.

The judge, however, said she was moved by the plea of leniency by counsel to the convict but was morally outraged with the facts of the case to grant such plea.

“There is no moral justification for the level of outright theft and the court will be failing in its responsibility if it does not impose punishment to serve as a deterrent,’’ Banjoko said.