Liberia’s president has launched a 10-year plan to deliver quality education for all of the country’s children. 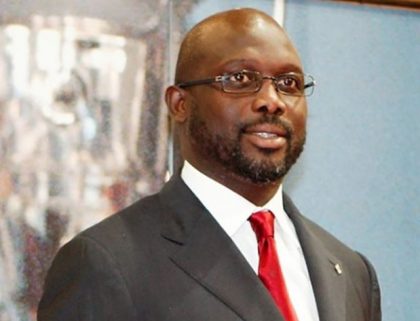 George Weah – the former football star who was elected leader in January – said schooling was a key pillar of his “pro-poor agenda”.

“Our kids deserve the best and we must provide them that,” he said. “There are people here who get no opportunity and are in search of it to help better their lives.

“We, as a government, must be in the position to help lift them out of their predicaments. We have to be honest to ourselves if we truly want to change and make our country a better place.”

President Weah said teacher development, improved infrastructure and changes to the school curriculum are all crucial in achieving success.

Liberia – affected by years of civil war and then the deadly Ebola outbreak in 2014 – has one of the world’s worst out-of-school problems.

42 per cent of primary-age children are not in education and over two-thirds of girls do not have basic reading skills.

The president, who grew up in a slum area of the capital Monrovia, tackled the issue of his own academic record.

“I know some of you people criticised me by saying that I did not go to school. But criticisms also make you strong,” he said.

“I can remember when I decided to go back to school when my kids were also in school. I went to high school with children who referred to me as ‘hey pops.’ I was not ashamed. I stayed and graduated and went to college.”