Air Force vows to flush out militants in Lagos, recruits 7,000 personnel in 3 years

The Nigerian Air Force (NAF) says it has recruited 7,000 personnel in three years and vowed to flush out regrouping militants in Lagos and the country as a whole. 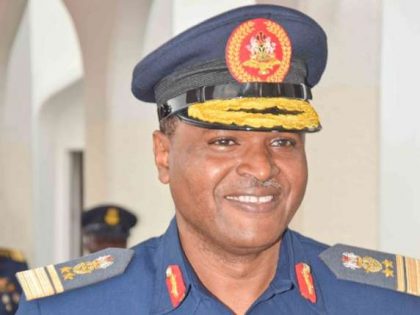 The Chief of Air Staff (CAS), Air Marshal Sadique Abubakar, made the vow while speaking with journalists at the inauguration of some buildings for its personnel at 041 Communications Depot, Shasha in Lagos.

According to him, the Air Force will continue to flush them out just like we have been doing.

“We have been in Lagos, Taraba and other states in the country. Very soon, something is going to be worked out which will involve not only the Air Force but all military formations.

“Our commanders are giving us all the inputs. Just like we flushed them before, we are going to continue to flush them with the support of other security agencies.”

The CAS said the force had recruited 7,000 personnel in the last three years, adding that new helicopters and aircraft were also acquired.

“The whole essence is to ensure that Nigeria and Nigerians are secure and be able to go about their businesses without fear.”

The CAS said that the NAF embarked on the massive construction of new accommodation as well as remodeling of old ones to address the infrastructural deficit of the past.

“It is quite important to ensure that the living condition of our tireless and hard-working personnel is given high premium.

“Human beings, being the most important resource in organizations, ought to have their welfare needs addressed in order for them to be effective in discharging their assigned roles and responsibilities.”

He said that the NAF Base, Shasha, being one of the bases in the Lagos area, was critical to the successful conduct of NAF operations.

“It is, therefore, appropriate that such a base receives commensurate provision of facilities for the general well-being of personnel and their families.

“The project being inaugurated is dedicated to one of our pilots who paid the supreme price while on a national assignment.

“The project is, therefore, named after the senior officer who passed on while on a rescue mission on an Alpha-Jet aircraft.

“It is hoped that this would create the enabling environment and serve as motivation for personnel to discharge their duties effectively and efficiently.”

The CAS appreciated the Commander-in-Chief of the Armed Forces, President Muhammadu Buhari, for his continued support for the military, especially the NAF, through the provision of platforms and logistics support to operate them.

“We have recently received some new platforms while awaiting the delivery of others.

“A number of platforms in our inventory are also undergoing reactivation and will soon be injected back to service to boost our counter-terrorism and counter-insurgency operations.

“You could also remember that the NAF was also instrumental in riding the creeks within the South West region off criminal elements.

“As much as capacity is being built within the NAF, we must continue to develop strategies to anticipate and curb other emerging security imperatives across the country,” he said.

The News Agency of Nigeria (NAN) reports that the newly inaugurated accommodation was designed to house a total of 120 airmen and airwomen.

The accommodation was built to take care of the personnel that had just been recruited, to enhance the operational effectiveness of the NAF.

The CAS also toured some formations and units in the Lagos area, including 641 Aircraft Maintenance Depot (ACMD), 651 Base Services Group and 661 NAF Hospital, all in Ikeja.