Mr. Segun Olulade, the Chairman, Lagos State House of Assembly Ad hoc Committee on Health Services, has commended both the national and state chapters of the Joint Health Sector Union (JOHESU) for suspending their strike. 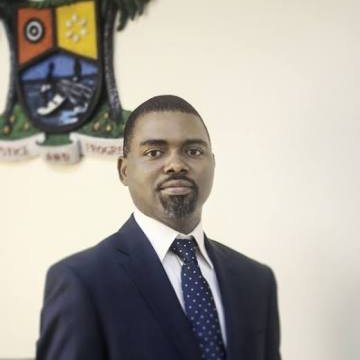 Olulade gave the commendation in a statement on Friday and made available to the News Agency of Nigeria (NAN) in Lagos.

The union, whose demands included the adjustment in the Consolidated Health Salary Scheme, however, on Wednesday, agreed to suspend its 44 days old strike on June 1.

Health sector employees in the state and local governments joined their other JOHESU members in a strike on May 11 which paralyzed healthcare services in hospitals.

The Lagos State Assembly, through its committee, on May 24, met with the state leadership of the during which it appealed to the union to end the strike and return to work.

Olulade, however, hailed the state chapter for deciding to end the strike on Wednesday after a congress meeting at the Lagos State University Teaching Hospital (LASUTH).

He said that the chapter had urged its members to resume full services in all the state and local government facilities on Thursday before the national body of the union also announced its decision to suspend the strike.

The lawmaker applauded the national body for showing a sense of responsibility for the sake of the helpless masses that needed medical attention.

“We were at a peace meeting together just last week, where we appealed to the union to return to work, and in less than a week after, the union took the decision to suspend the strike.

“This is the best decision any reasonable and coordinated union can make. I am very delighted with this decision while I am also appreciating the National Union of JOHESU for suspending its strike today.

“I am again assuring the union in the state that Gov. Akinwunmi Ambode identifies with their cause and will always address their agitations fully.

“The governor and the government of Lagos State are working on their behalf to make sure every issue is addressed.

“I am using this medium to commended JOHESU for the good conduct and cooperation in addressing the issue.”

Olulade also commended the Speaker of the House, Mr. Mudashiru Obasa and members of the Health Services Committee, for swiftly intervening in the matter at the state level.

According to him, such intervention has led to the suspension of the strike in the state before the national union followed same.