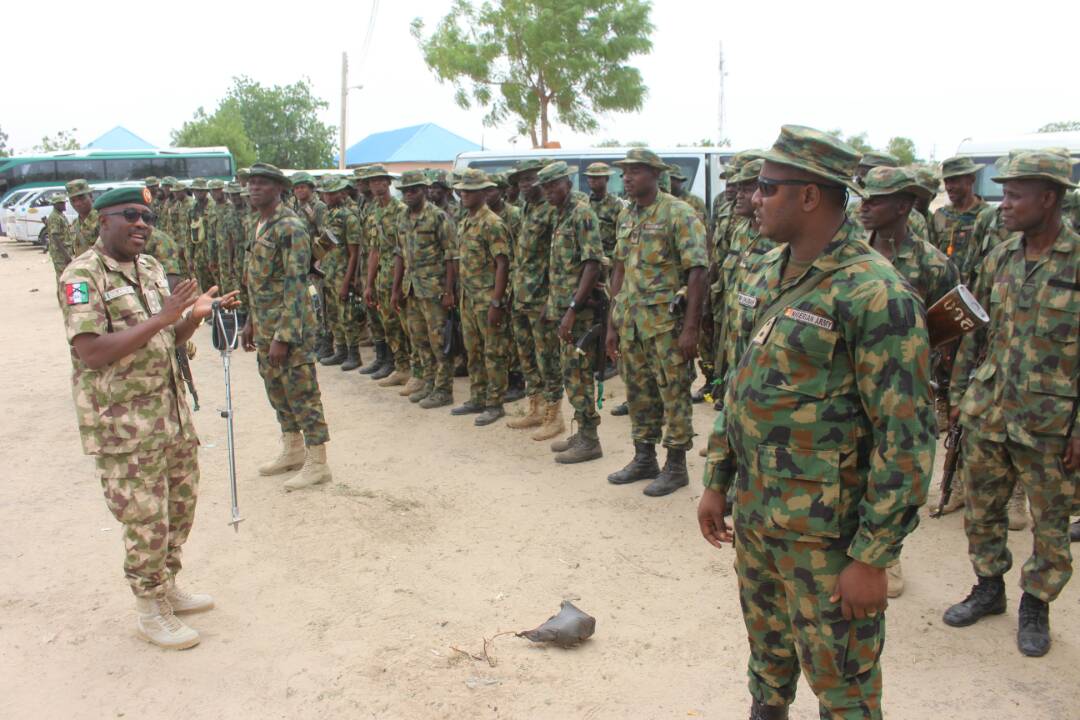 GOC Warns Troop as They Move for Operation Last Hold

Texas Chukwu, Abuja: Troops deployed in operation LAST HOLD have been advised to keep to the rules of engagement while carrying out assigned task.

The Acting General Officer Commanding 7 Division, Brigadier General Abdulmalik Bulama Biu gave the advice on Saturday 2 June 2018 while addressing troops at Gemtillo, Maiduguri. He charged the troops to put in their best towards ending the Boko Haram Terrorists menace.

The Acting GOC said he was in the camp to motivate the troops and expressed delight with their state of morale.

He added that a lot has been achieved by troops of Operation LAFIYA DOLE on ground, urging them to maintain the momentum.

General Biu further advised the troops to shun any acts that would distract them from attaining their objective.

He was accompanied during the visit by some Principal Staff Officers of the Division.