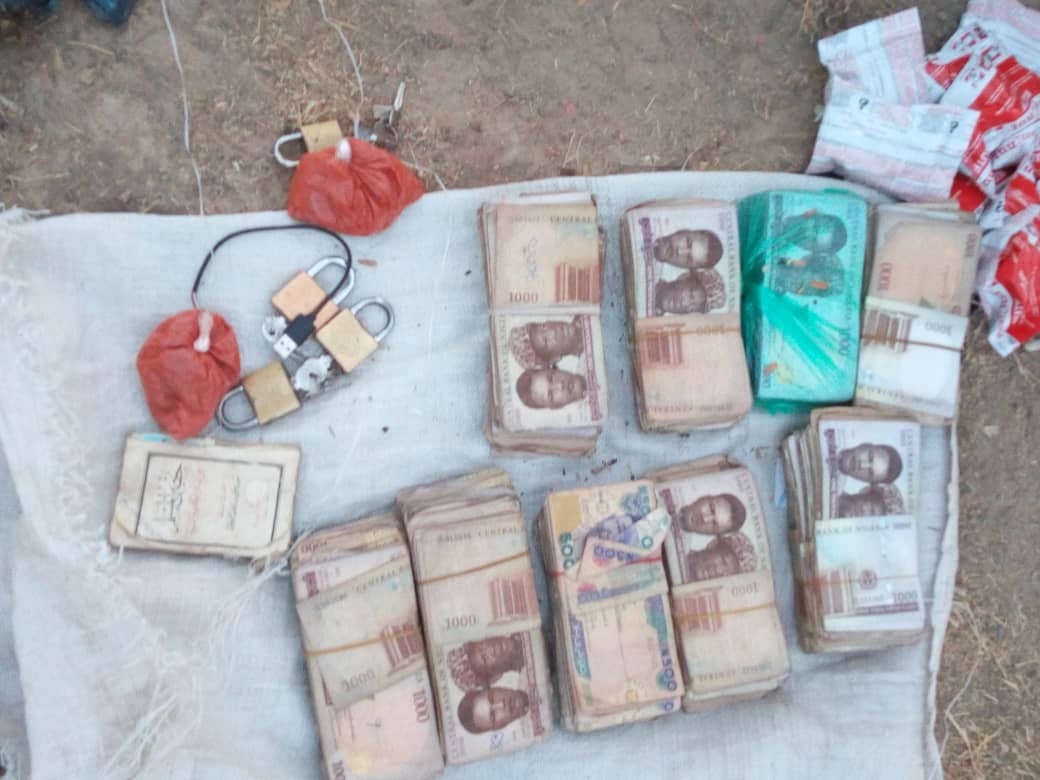 Onyema Nwachukwu, Maiduguri: Troops of 153 Task Battalion and the Cameroonian Defence Forces deployed in Operation Lafiya Dole have killed 10 Boko Haram terrorists at Ngelkona in Ngala Local Government Area of Borno state. The troops encountered the insurgents today Saturday 2nd June 2018 at about 11.30 am while on a clearance patrol along Wulgo – Ngelkona general area. The terrorists, who were mounted on Horse back were overpowered by the troops in a fierce shoot out, as the gallant troops killed the insurgents and captured two AK 47 rifles from them.

Other items recovered from the insurgents include one Boko Haram flag, a set of Bow and arrows, two mobile Handsets and one Cameroonian International Passport.

During the attack, troops killed one Boko Haram Insurgent and recovered one AK 47 rifle, 41 rounds of locally fabricated ammunition and four Improvised Explosive Devices(IED). The recovered IEDs have been safely defused by the Explosive Ordnance Disposal team.

In the encounter with the insurgents during the raid, the superior fire power of the troops forced the insurgents to flee in disarray with gunshot wounds, abandoning a huge sum of money and several other items. The troops recovered three AK 47 rifle magazines, 21 rounds of 7.62 mm (Special) ammunition, a motorcycle and two mobile handsets. The troops also recovered the sum of Two million, Two Hundred and Eight Thousand Naira (#2, 208,000.00) from the hideout. Troops have destroyed the hideout in situ.