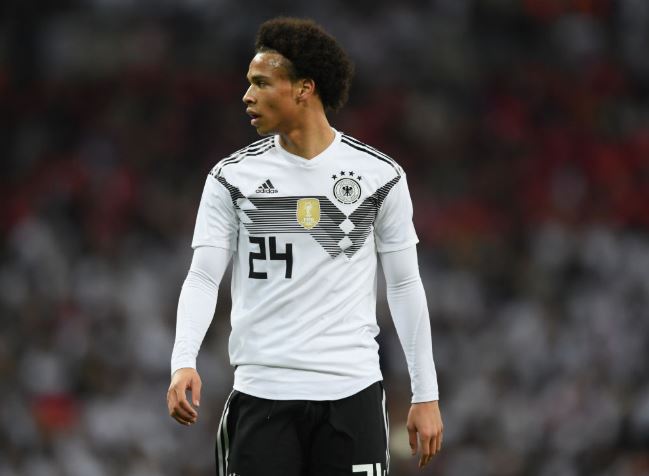 This came as a shocker as the reigning champions Germany have made the stunning decision to leave Sane out of their squad for World Cup.

The 22-year-old is coming off the back of an impressive season at club level which saw him collect a Premier League and Carabao Cup double.

The German national team management opted against taking a Premier League title winner with them to Russia, but Manuel Neuer is included after injury issues.

Sane contributed 14 goals to the City cause during a record-breaking campaign, while also providing 17 assists across England’s top-flight and the Champions League.

He will, however, play no part for his country in Russia this summer after being cut from Joachim Low’s 27-man preliminary party.

With that selection narrowed down to 23 ahead of the defence of their global crown, Germany have opted to favour the likes of Julian Draxler and Sebastian Rudy.

Arsenal playmaker Mesut Ozil was among those to receive good news, though, while Chelsea defender Antonio Rudiger will be another Premier League performer within the ranks.

Bayern Munich goalkeeper Manuel Neuer gets the nod despite his recent injury struggles, while Borussia Dortmund forward Marco Reus will get the chance to put his previous fitness issues behind him – with the 29-year-old having missed out on the successful World Cup campaign in 2014.

Germany open their 2018 campaign against Mexico on June 17, before going on to face Sweden and South Korea in their other Group F fixtures. 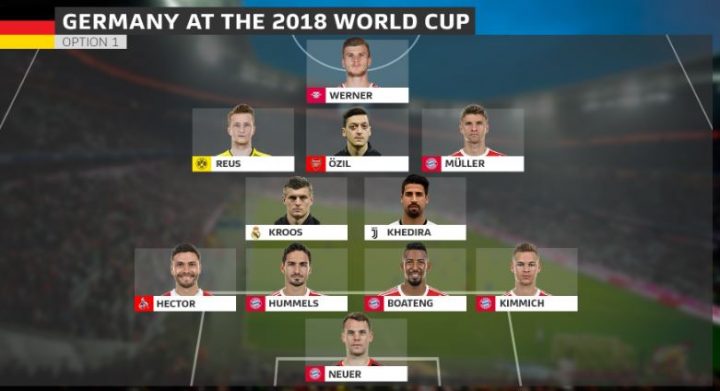