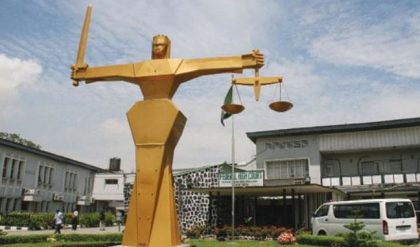 The convict, who resides at Abule Panu in Ibeju Lekki area of Lagos State, pleaded guilty to the two-count charge of burglary and theft.

Dalley, however, sentenced Osegbo to six months imprisonment on each count.

The prosecutor, Insp. Philip Osijiale, had earlier told the court that the accused committed the offenses on May 27 at 4:00 a.m. at Gbarada Compound, Abule Panu, in Ibeju Lekki area of Lagos.

Osijiale said that the accused unlawfully destroyed the burglary proof of Oluwatosin Keshinmo’s groceries store and stole items worth N475, 000.

He said that the accused also stole a bag of rice, two generators and groceries, all valued at N475, 000.

“The convict buried some of his loots in the mud near the complainant’s shop.

“He was caught in the evening while trying to take some of the items out from where he buried them,” the prosecutor said.