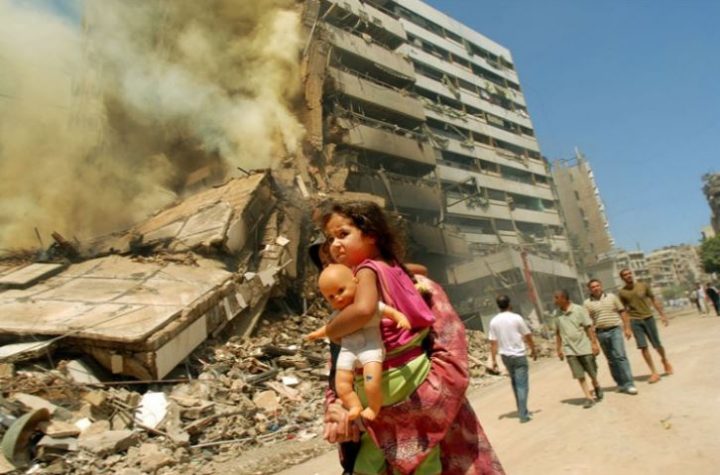 The world is less peaceful than a decade ago, mostly due to the conflict in the Middle East and Africa that is costing the global economy trillions of dollars, an international index showed on Wednesday.

“There’s been a gradual decline in peacefulness over the last decade,” said Steve Killelea, head of the Institute for Economics and Peace (IEP), which is headquartered in Australia.

“The reason for this slow, gradual decline in peacefulness really comes back to the conflicts in the Middle East and North Africa, and the spillover effects into other areas,” Killelea told the media in a phone interview.

Europe has faced a migrant crisis since 2015, following wars in Libya and Syria.

No fewer than one million people from Africa and the Middle East, as well as many from Afghanistan, have tried to reach the continent via Turkey or by sea.

By analysing data from think tanks, research institutes, government and universities, the IEP estimated that in 2017 violence cost the economy 14.8 trillion dollars – nearly 2,000 dollars a person.

“’If the least peaceful countries – such as Syria, South Sudan and Iraq – were as stable as the most peaceful – be it Iceland or New Zealand.

“’That could add an extra 2,000 dollars ahead to their economies, IEP said in its annual Global Peace Index report.

“As you can see, peace is integrally locked in with economic wealth,” said Killelea, who described the study as the only research that measures the economic impact of violence.

Europe was ranked as the most peaceful region in the world, while the Middle East and North Africa were the least peaceful.

The UN in May said the humanitarian crisis in Syria was worse this year than at any time before in the country’s seven-year civil war.

In neighbouring Iraq, Islamic State poses a threat along the border with Syria, even though the country declared final victory last December over the militants, which overran a third of Iraq in 2014.

The sub-Saharan African region accounted for nearly half the 11.8 million people worldwide who were displaced.

They were dispersed within their countries by violence and conflict last year, according to a report by the Internal Displacement Monitoring Centre.