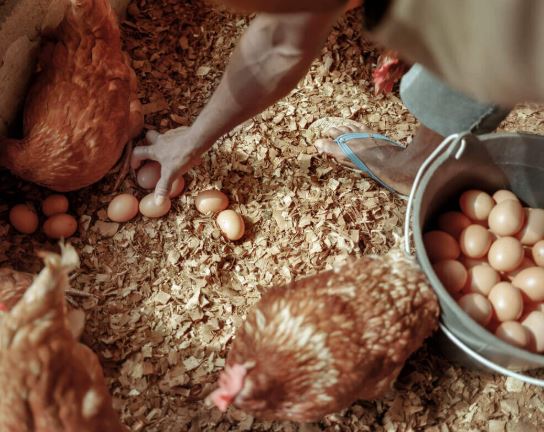 For stealing chickens and eggs from his neighbor’s poultry, a 31-year-old farmer, Samuel Asam, is to spend the next two months in prison.

An Epe Magistrates’ Court in Lagos State handed down the sentence to Asam on Thursday.

The Magistrate, Mrs. O.A. Fowowe-Erusiafe, however, gave the convict an option to do 40 hours of community service.

Asam, a resident of Igbojia village in Ibeju-Lekki, near Lagos was convicted on a two-count charge, bordering on breaking and entering and theft.

He was accused of stealing chickens and eggs worth N527, 600 from his neighbor’s poultry.

The convict had admitted committing the offences and begged the court to tamper justice with mercy, saying that he did not know what came over him.

Police prosecutor Sgt. Moses Oyekanmi had earlier told the court that one Tosin Fadayemi of Igbojia village had on June 2, reported the incident of theft at his poultry.

He said that during the police investigation, Asam had confessed to the crime but that the police was, however, unable to recover all the stolen items from the convict.

The prosecutor said that the offences contravened Sections 287 and 308 (2) of the Criminal Laws of Lagos State, 2015.