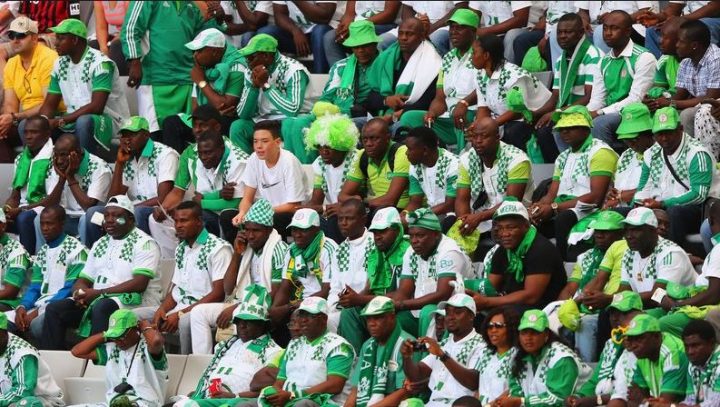 The Federal Government has mandated the National Agency for the Prohibition of Trafficking in Persons (NAPTIP), to carry out a comprehensive screening of all members of Nigeria’s contingent to the World cup in Russia.

The Head of Press and Public Relations of NAPTIP, Mrs. Stella Nezan disclosed this in a statement in Abuja on Thursday that the step will be taken in order to forestall any incidence of human trafficking.

Nezan explained that this development was a fallout of a meeting between Officials of the Federal Ministry of Youth and Sports led by the Minister, Mr. Solomon Dalung and the management of National Agency for the Prohibition of Trafficking in Persons (NAPTIP) led by the Director-General, Ms. Julie Okah – Donli.

“To this end, all members of the Nigeria Supporters Club, large delegation and other organized bodies are to submit the list of members traveling to Russia to NAPTIP for screening, after which a clearance certificate will be issued to enable them to travel out of the country for the soccer fiesta.

NAPTIP had on May 28, in a news conference alerted the general public on plans by human traffickers to use the upcoming World Cup to traffic Nigerian youths.

“Already these traffickers have continued to mount pressure on some youths and their parents forcing them to part with huge sums of money in exchange for the Russian visa.

She called on the leadership of the Nigeria Football Federation to ensure that only accredited delegates and officials made the Russian contingent.