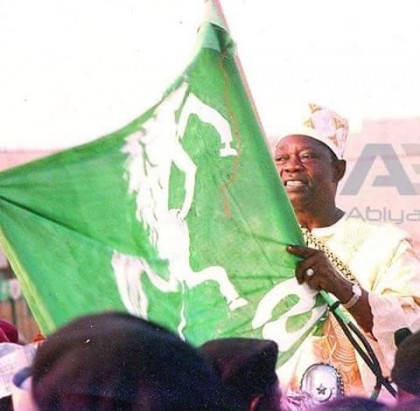 Some Nigerians have called for the introduction of June 12, 1993, general election into the nation’s history curriculum for both secondary schools and tertiary institutions.

The Nigerians in separate interviews with the News Agency of Nigeria (NAN) on Monday in Abuja unanimously agreed that June 12 remained a watershed in Nigeria’s politics.

The call is coming on the heels of the 20th anniversary of June 12 presidential election slated for Tuesday, which was presumed to have been won by the late business mogul, Chief Moshood Abiola.

Mr Abdullahi Haruna, a Public Affairs Analyst, said that in spite of the long period before the pronouncement, introducing it as part of the country`s historical study would help the youths to understand the history behind the event.

He noted that the annulled presidential election and the attendant controversy must be taught in Nigerian schools to draw the needed lesson that would help the country in the future.

Mrs Dorcas Joseph, a lawyer also called on the Federal Government to ensure that such event and the crisis that followed was taught as history in schools to forestall a recurrence.

She said that the memory of June 12 presidential election would linger on in her memory, stressing that the crisis that followed the annulment almost disintegrated the country.

She said that the annulment spurred serious outraged that pitched one ethnic group against the other, stressing that mutual suspicion became the order of the day.

Joseph, who said she voted for late MKO Abiola under the scorching sun, and expressed worry about the annulment, adding that the country almost collapsed from that singular act.

Mr Diran Adeola, a social commentator said that there was no better time than now to include the struggle of June 12 into the nation’s history curriculum.

He call on the Federal Government to mandate all schools in the country to start teaching June 12 as history, adding that it would help in the country’s resolve to get things right.

President Muhammadu Buhari on June 6 declared June 12 as the new date for the celebration of Nigeria`s Democracy Day as against the May 29, to honour late Abiola, the presumed winner of the presidential election.