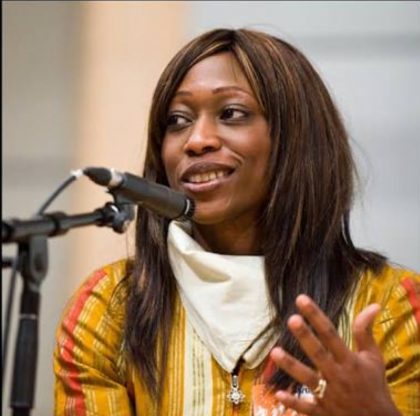 The human rights activist, who spoke in an emotion-laden speech on Tuesday in Abuja, thanked the Federal Government for the conferment of the Grand Commander of the Federal Republic (GCFR) on the late politician.

She said that the award to her father and other Nigerians meant so much to her.

News Agency of Nigeria (NAN) reports that Hafsat was invited by her senior brother, Kola Abiola to speak on behalf of the Abiola family, at the investiture of the posthumous award on their father held at the presidential villa.

“It is difficult to try to stand in the shoes of a giant of one of the greatest human beings that the world ever had. But that is the responsibility that I bear today.

“Even for Chief MKO Abiola, it was difficult to imagine how he would speak to Nigerians in his inauguration speech.

“My mum told me how he would stand in front of the mirror, preparing the speech because the results were coming in and he taught he would surely deliver the speech.

“He would say a few words and then reply not like that, and he would start again,’’ she stated.

According to her, his father’s love for Nigerians was unparalleled, leading him to die for Nigeria instead of compromising on the integrity and sovereignty of the nation.

“Although he was Yoruba, he loved Hausas, Kanuris, Efiks, Igbos and all, you just needed to be a Nigerian,’’ she said. (NAN)