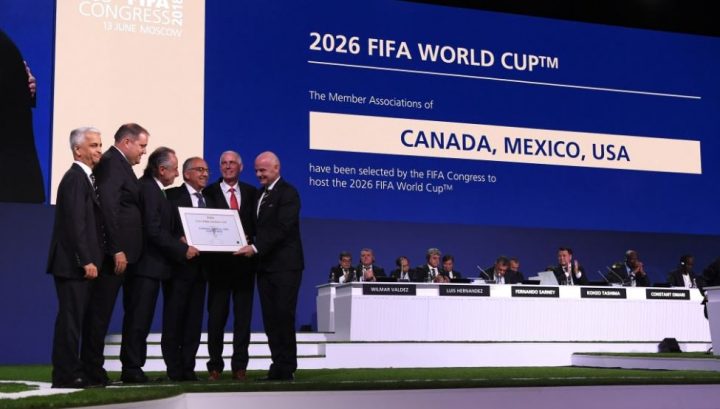 Eleven CAF member associations were among the countries which did not support Morocco’s bid to host the 2026 FIFA World Cup during the voting process on Wednesday in Moscow.

Their votes, however, would not have prevented Morocco from losing the vote for the fifth time in its bid to host the FIFA World Cup as the country Morocco lost 65-134 votes in favour of the United Bid.

The United Bid, a three-country effort by the U.S., Mexico and Canada, emerged the overwhelming winner at the event which took place at the Moscow Expocentre.

The News Agency of Nigeria (NAN) reports that CAF (Confederation of African Football), has 56 members but 52 were part of the 68th FIFA Congress which took the decision.

The rest 41, including Nigeria, voted for Morocco.

With the result, South Africa remains the only African country to have succeeded so far at the vote, with 210 votes at stake this time around.

Iran voted that none of the bids was worthwhile, while Cuba, Slovenia and Spain abstained.

The four countries involved in the two bids — Morocco, the U.S., Canada and Mexico — were not part of the voting, alongside the U.S. Virgin Islands, Guam and Puerto Rico