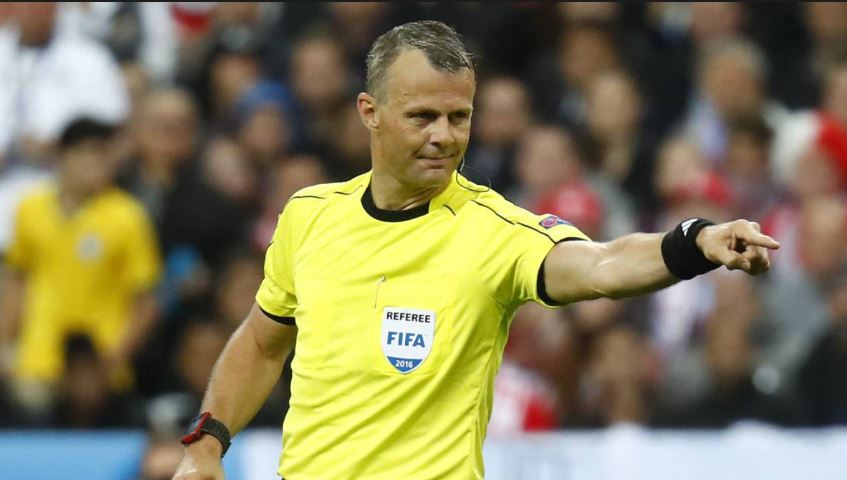 The referees’ appointment arm of world football governing body FIFA at the 2018 World Cup in Russia on Wednesday released names of officials for matches billed for Friday.

Three matches are slated for the day, with Egypt taking on Uruguay in Ekaterinburg in Group A.

In Group B, Portugal faces Spain in Sochi, while Morocco takes on Iran at Saint Petersburg.

The Egypt-Uruguay match will be officiated by 45-year-old Dutch referee Bjorn Kuipers who is participating in his second FIFA World Cup.

At the 2014 FIFA World Cup in Brazil, he took charge of three games and he replicated that at UEFA Euro 2016, his second European championship.

He will be assisted by compatriots Sander van Roekel and Erwin Zeinstra as AR1 and AR2.

Milorad Mazic and Milovan Ristic, both of Serbia, will be the Fourth Official and Reserve Assistant Referee. 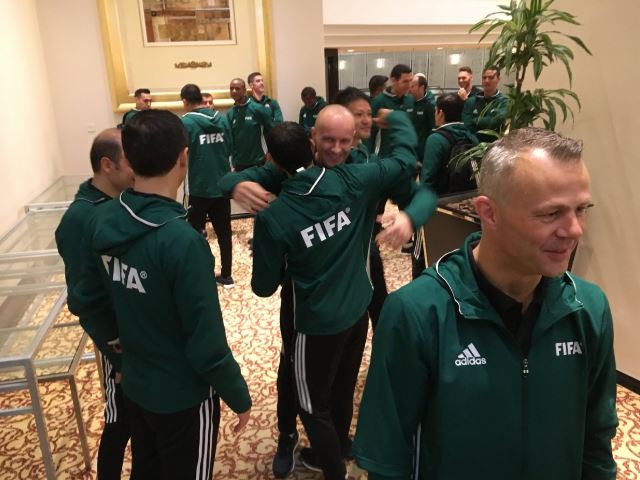 Italy’s Gianluca Rocchi, who will turn 45 in August, will handle the second match of Group B between Portugal and Spain.

Rocchi took charge of his first Serie A match in 2004 and became a FIFA referee in 2008, making his debut in the UEFA Cup in the same year.

He was included in the referee pool for the Olympic Football Tournament at London in 2012 and officiated Mexico-Japan in the semi-finals.

The Italian will be assisted by compatriots Elenito di Liberatore and Mauro Tonolini as AR1 and AR2.

Ryuji Sato and Toru Sagara of Japan will be the Fourth Official and Reserve Assistant Referee.

The Morocco-Iran game has been assigned to Cüneyt Cakir, a 42-year-old Turk who has been a FIFA referee since 2006.

He took part in the last two European Championships (2012, 2016), among other competitions.

In 2014, he was allocated three FIFA World Cup fixtures in Brazil and was in charge of the semi-final between the Netherlands and Argentina.

The Turk, who returned to Brazil two years later for the Olympic Football Tournament 2016, has countrymen Bahattin Duran and Tarik Ongun as AR1 and AR2.

The Russian duo of Sergey Karasev and Anton Averianov are the Fourth Official and Reserve Assistant Referee.

Meanwhile, FIFA on Wednesday in Moscow made a statement on the appointment of Match Officials and Video Assistant Referees (VARs) at Russia 2018.

It said it would henceforth announce the appointment of the on-field match officials (Referee, Assistant Referees, Fourth Official and Reserve Assistant Referee) approximately 48 hours before a game.

In view of this development, the appointment of video match officials for each of the three matches — VAR, Assistant VAR (AVAR), Offside VAR and Support VAR — has been delayed.

It is planned to be announced later due to organisational reasons.

However, during the group stage, these announcements will come at the end of each match day looking ahead to the following day’s games (i.e. 24 hours or less before a game).