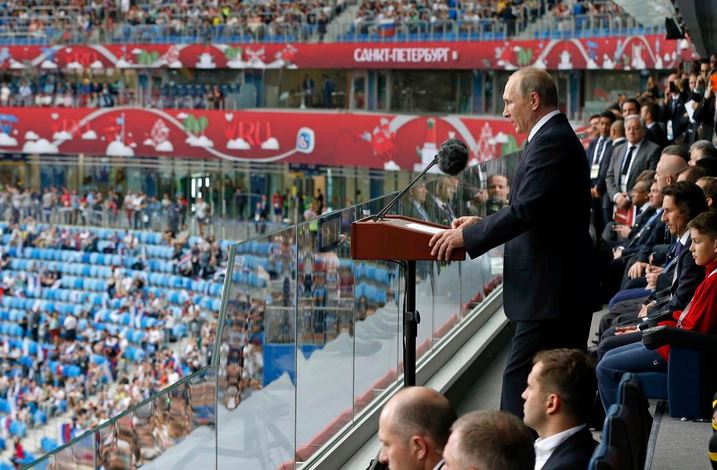 Russian President Vladimir Putin on Thursday joked he could not wish Saudi Arabia success in the opening match of the upcoming 2018 FIFA World Cup, where they will face Russia.

“I think you will understand me, I can’t wish your team success today.

“The strongest team will win; we stand for honest, open and beautiful sport.

“Anyway, we will enjoy the skills and the performance of our athletes together,’’ Putin told Saudi Arabian Crown Prince Mohammad Bin Salman Al Saud during their meeting in Moscow.

However, the crown prince said that his country’s side would be happy with any result. 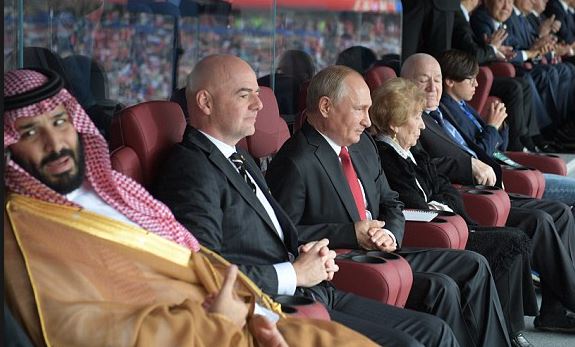 “Even if we lose, we’ll bring home political, economical and negotiating potential,’’ the crown prince said.

The first match for the FIFA World Cup Russia 2018 is underway between the hosts and Saudi Arabia at Moscow’s 81,000-seater Luzhniki Stadium.

Russia is already 3 goals. The FIFA World Cup will continue through July 15, with the matches set to take place at 12 stadiums across 11 cities.