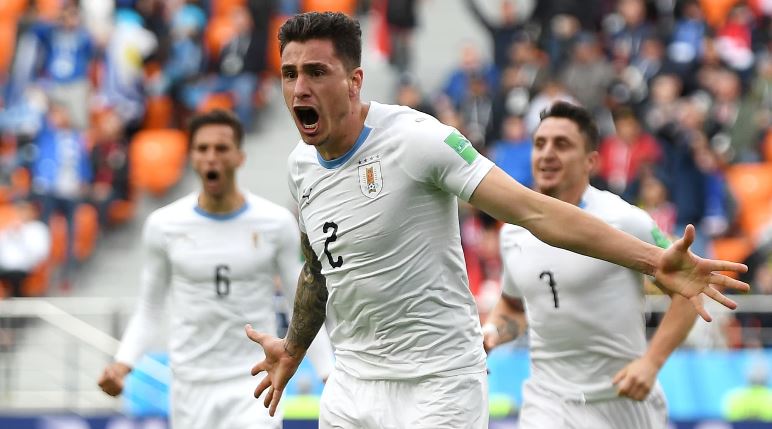 Uruguay were made to work overtime before finally edging a late 1-0 win over Egypt in their opening Group A contest in Ekaterinburg. Defender Jose Gimenez was the unlikely hero with a towering last-minute winning header after Egypt had impressed with their organisation.

Star forwards Edinson Cavani and Luis Suarez were largely starved of opportunities, although the former hit the post with a free-kick, as Uruguay finished strongly.

“Egypt’s match against Uruguay was headed for a draw until Uruguay finally broke the deadlock. The Pharaohs held their opponents away from goal due to the defensive focus of coach Hector Cuper, which succeeded in reducing the danger of Edinson Cavani and Luis Suarez. 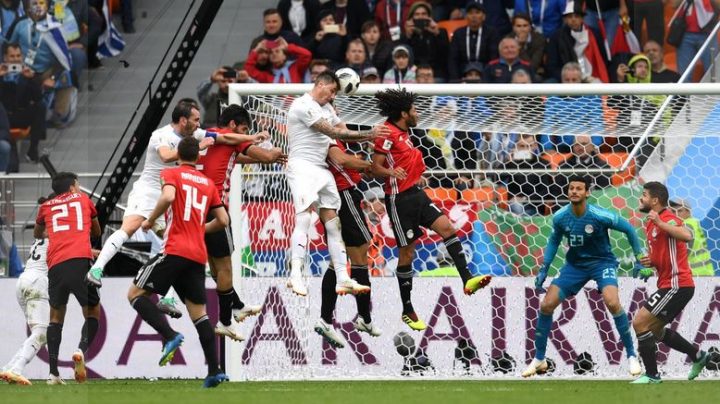 “However, the attack was not completely absent from the Egyptian team, despite the absence of Mo Salah.” He said.

While team reporter lorencia Simoes with Uruguay described Uruguay’s earlier play as a struggle.
he said: “Uruguay struggled to break down a well-organised Egypt side until the latter stages. The Uruguayans had more of the ball, trying to use the flanks, but it failed to pay dividends until the last part of the match. _La Celeste suffered more than expected, but were able to win a World Cup opening match for the first time since Mexico 1970.”

Egypt’s goalkeeper, Mohamed El Shenawy was made Budweiser Man of the Match as he made a couple of key saves to leave the Pharoahs close to earning a result.